What is Blockchain Oracle Problem and how Chainlink solves it? 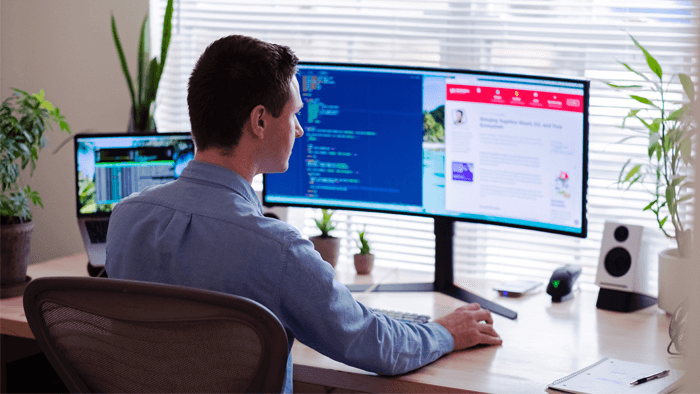 The word “oracle” originates in Greek mythological stories and refers to those who can communicate directly with god and predict the future. However, unlike the oracles of Greek mythology, oracles (on the blockchain) do not predict the future; instead, they retrieve data from the past. To be specific, oracles do not explicitly insert data into the blockchain; instead, they collect and store data from the real world.

Oracles are platforms that will provide information about the real world to the blockchain in the blockchain environment. If smart contracts are not used for cryptocurrency exchanges but rather for a decentralized mechanism that involves weather, stock prices, or political events, an external gateway is required. Oracles serve as a gateway, processing external and deterministic data and converting it to a format that a blockchain can understand.

Depending upon the traits governing source, the direction of information and trust, blockchain oracles are classified as:

What is a Blockchain Oracle Problem?

The Blockchain Oracle Problem results from the inability of oracles to verify the integrity of their data. Additionally, the likelihood of malfunction and deliberate tampering varies by type.

As mentioned below, the Blockchain Oracle Problem is divided into two parts:

Legal research and teaching assistant Alexander Egberts addresses the oracle problem as two steps backward from decentralization. As the oracles do not have the distributive attribute, the single point of failure is again introduced. The trustless peer-to-peer interaction needs to be eliminated in the oracles trusting their reliability, as they function based on the non-deterministic data. Implementing oracles through smart contracts could also hamper the users’ trust, who confide in blockchain more than the legacy network. Additionally, an oracle-based system can fail in two ways. Suppose the oracle is trusted and cannot be jeopardized. In that case, there is still a possibility that the data on which it is operating has been altered, in which case, despite being a trustworthy device, it will feed false data to the smart contracts.

On the other hand, if the information is trusted and verified, the oracle may fail to function properly on the smart contract due to a malfunction or deliberate tampering. From a game-theoretic perspective, it can be demonstrated that the higher the value of the smart contract, the greater the incentive to compromise the system.

How does Blockchain Oracle Work?

The functions of a blockchain oracle are mentioned below:

Have you ever wondered why Chainlink is preferred over other blockchain networks when it comes to resolving the oracle problem?  The answer to this is that the token existing on this platform provides a financial incentive for the ChainLink network to function properly. With an integrated reputation system, bidding system, and a decentralized network based on separate oracle service providers, users are confident that their data is trustworthy because it is validated by numerous independent sources.

Chainlink: A Secure and Reliable Standard of Oracle Network

Chainlink is defined as a decentralized network of oracles that enables smart contracts to interact with non-blockchain data and services securely. With Chainlink, the traditional platforms that currently power modern economies can connect to the emerging blockchain industry, enhancing business and social processes’ security, efficiency, and transparency. With cryptocurrency and blockchain technology gaining widespread attention. Chainlink is establishing itself as a critical component of numerous blockchain applications. More people are entering the industry and wondering what Chainlink is.

Chainlink is an oracle network that feeds real-world data to blockchain-based smart contracts. On the blockchain, smart contracts are pre-specified agreements that evaluate data and execute automatically when certain conditions are met. LINK tokens are digital asset tokens that are used to pay for network services.

Chainlink helps by providing an intriguing decentralized way to authenticate the data from oracles and the relevant output data of smart contracts. ChainLink analyzes the issues with centralized oracle feeds as a single point of failure and gives a solution through a “middleware” jeopardized of a decentralized oracle platform. Crucially, ChainLink identifies and authenticates data before it becomes a trigger for a smart contract.

The individual nodes on Chainlink serve as smart contracts and execute computations to verify the data accuracy to be fed into the smart contracts. Chainlink provides various useful features such as:

How does Chainlink overcome the issue of Blockchain Oracle?

Chainlink uses a model or structure which is quite similar to that of a blockchain. There is a decentralized network of autonomous oracles) that together retrieves the data from various sources, aggregates it, and delivers a validated, single data point to the smart contract to push the speed of its execution, thereby eliminating any single failure point.

For instance, Chainlink provides the USD cost of Ethereum’s native cryptocurrency, ETH, to blockchains via the ETH/USD Price Feed, which sources and delivers the price data via a network of independent oracle nodes and data sources. The oracle of ETH/USD price can then be utilized by a blockchain application to determine the current value of ETH when it is used as collateral for a loan or to settle a prediction about the future value of ETH.

Components of the Chainlink Network

If you are looking to overcome blockchain oracle issues in your blockchain ecosystem or connect smart contracts to third-party APIs, we can assist you by providing our Chainlink blockchain development services. Contact our team and get started.