How to develop Blockchain Application with Hyperledger Fabric? 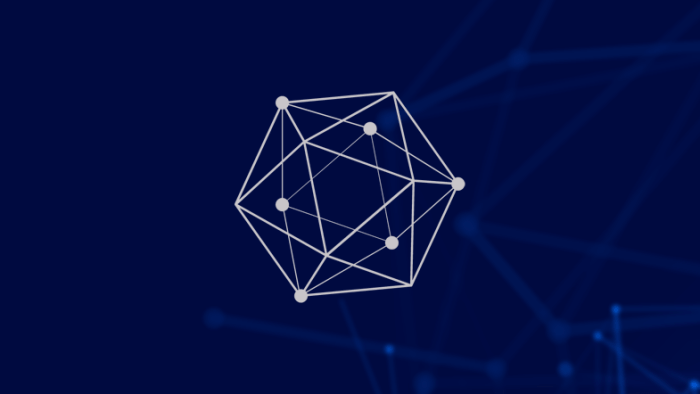 Nowadays, everyone across the world is talking about the distributed ledger technologies and how it can transform various industries. The secure and distributed architecture of blockchain makes it a suitable technology for the enterprise mobile/web apps. Organizations which use mobile/web apps to store transaction data and interact with customers can benefit from blockchain integration. Let’s discuss some of the use cases where organizations can develop blockchain application to improve business operations.

We chose the Hyperledger Fabric platform for the demo to offer anonymity and security on users’ transactions and data. Since modern development demands resiliency, good management and scalability, it is significant to use Kubernetes for the app’s backend.

What is Hyperledger Fabric?

Hyperledger Fabric, hosted by the Linux Foundation, is an open-source, private and permissioned blockchain solution. The blockchain network is private, meaning it is not accessible to the public, and only invited parties are allowed to join it. Permission refers to the identification of each party and tracking of each transaction. Fabric networks can be run on-premises, or you can use blockchain to maintain your registry infrastructure.

Once a network has been created between several parties, they can exchange sensitive information with each other. It is useless if a Hyperledger Fabric blockchain solution does not interact with multiple parties. Fabric’s purpose is to create trust between organizations and parties.

There are mainly four components in Hyperledger Fabric app layer-

Let us briefly introduce each of them.

Before we proceed to the development of blockchain applications for Mobile/Web Client, it is essential to ensure that we have all pre-requisites installed on the system.

Once all the components and software are installed, it is time to configure a blockchain network that acts as a mobile app’s backend.

Before configuring the blockchain network, it is required to get Compose for Redis and RabbitMQ credentials from the main page of each service in the Google Cloud Dashboard.

In the cofig.js file saved in the blockchain container folder, you have to modify the values for Redis and rabbitmq with your credentials.

Once the values are modified, the next step is to configure all YAML files to use the instance of MongoDB. Get the URL and certificate for the MongoDB dashboard in Compose.

Deploying the Blockchain Network in Kubernetes

Deploy all the microservices for the application in Kubernetes. Test the blockchain network with its API client and use the external IP of the service to perform a curl request.

Once the curl request is executed, check the result with the resultID you get as a result. The status “success” implies that the blockchain network can now be integrated with the app.

Exposing the backend with Kubernetes Ingress

Once the blockchain network is deployed, the backend must be exposed so the application can communicate with the network. Kubernetes Ingress offers the functionality to expose the microservices.

Configuring and testing the app

The application is configured to perform REST calls to the backend of Kubernetes. After configuring the app, it is time to test either on an emulator or a real device.

Let’s look at the flow of an application and explore how it works at the backend. 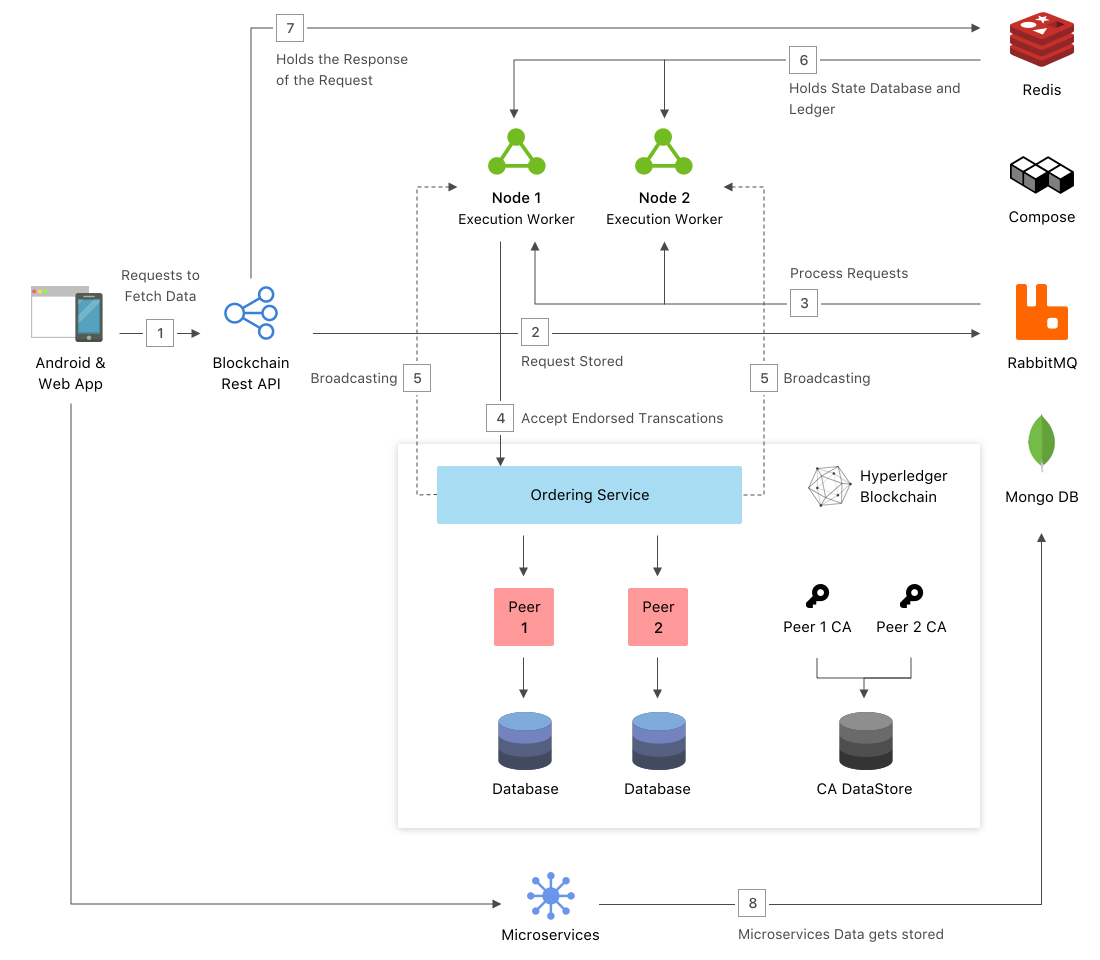 1. When a user accesses the app and requests it to fetch the data, the request is sent to REST API, which is responsible for enabling communication between the server and web-based/mobile-based client.

The API acknowledges the request, and the mobile/web application gets a unique key to receive the blockchain’s request later.

2. API uses RabbitMQ to store the request in a queue. The queue has channels equivalent to the number of peers involved in the application. For example, if it is a peer-to-peer lending application, there will be two peers (lender and borrower), and the queue will have two channels.

In the case of peer-to-peer lending, the request can either be:

3. The execution workers (node) use Hyperledger Fabric Blockchain’s SDK to process the requests by listening to them from RabbitMQ.

4. Hyperledger Fabric uses the Ordering Service to accept endorsed transactions, put blocks into a specific order and deliver blocks to the committing peers in the network.

5. Before any request is processed, the fabric-ca client authenticates a peer’s identification and approves the transaction request.

6. The execution workers get the response to the request and hold it in the Redis Database (Cache) with the unique key.

7. The web/mobile app queries the Redis database with the unique key.

8. The data generated from the microservices are held in MongoDB so that information can be fetched quickly whenever someone queries the blockchain network.

At LeewayHertz, we have in-depth knowledge of developing a blockchain-based application using various blockchain platforms like Hyperledger Fabric/Sawtooth, EOS, Hedera Hashgraph and Ethereum. If you are looking for a blockchain technology company to build your project, consult our blockchain developers and discuss your business needs.