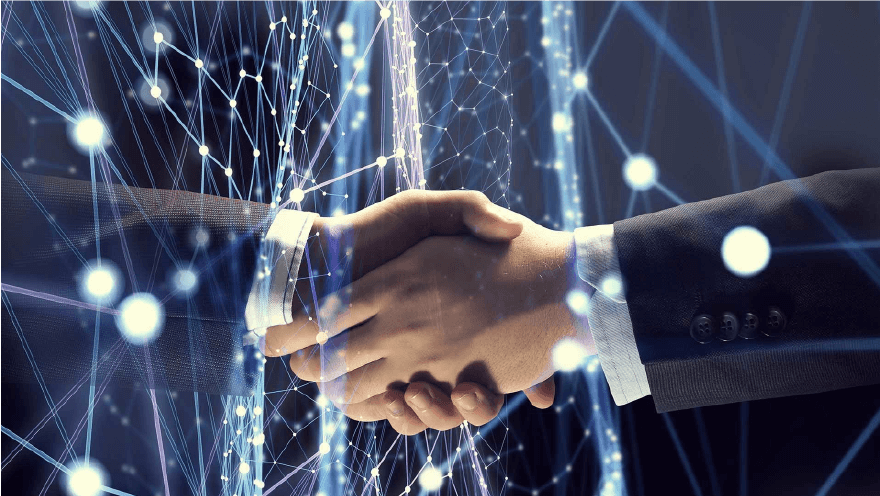 We already know that a smart contract uses Oracle as a gateway to connect with the data sources of the outside world. That way, it can leverage off-chain computations that are otherwise not possible to do on-chain. A hybrid smart contract also connects Blockchain (on-chain) code with off-chain data and Computation, but it is a level-up of Oracle. It uses a decentralized oracle network(DON), which enables it to craft agreements using off-chain data yet retain the tamper-proof and immutable properties of a blockchain.

This insight unfolds more information about DON, as it documents a detailed and comprehensive analysis of hybrid smart contracts. It covers the following sections:

1. Why are hybrid smart contracts needed?

Blockchain smart contracts have replaced brand-based trust with math-based trust. Be it hosting, execution, enforcement, or custody mechanisms, everything about smart contracts is blockchain-based. Thus, it purely runs on a decentralized network that any individual participant or agency cannot undermine. Yet, there is a glitch in smart contracts.

1.1 The glitch in smart contracts

Smart contracts are acknowledged as the most robust, immutable and verifiable contracts that automatically maintain the transparency, fairness and efficiency of contract obligations by executing an IF/THEN framework when conditions are met. However, there is a very peculiar glitch that limits down the functionality of smart contracts.

The data that defines the conditions of a smart contract traditionally comes from the Blockchain only. This means a smart contract can only read the data that exists in an on-chain programming language. Inability to read off-chain programing language restricts smart contract’s connectivity to real-world data sources. The introduction of Oracles into the crypto ecosystem resolved the problem. Oracle as a middleware (software) could translate the off-chain to on-chain data, thus making the real-world data systems and sources functional for the blockchain smart contracts. But, oracle is a centralized entity, so its data can be compromised. This puts up a concerning question-what is the benefit of having a smart contract on a decentralized blockchain if it is sourcing its data from a centralized oracle that can be made faulty?

1.2 What solution does the Chainlink hybrid smart contract provide?

2. What is the composition of a hybrid smart contract?

A hybrid smart contract is an application made of two key components:

1) Smart contract— A code that runs exclusively on the Blockchain

Here is how a Chainlink hybrid smart contract works:

In this manner, the Chainlink Aggregating Contract validates the credibility of the received data, then reconciles the information to generate an accurate result. All the security approaches practiced by a DON happens in an isolated off-chain environment. But it instruments various other extra secure mechanisms and hardware to match the high level of reliability and tamper-resistant guarantees provided by the blockchain smart contract.

To further understand the architecture of a hybrid smart contract, let’s understand the distinct roles of each of its components, i.e., on-chain blockchain computation and off-chain Computation performed by a DON.

4. What are the extended capabilities of hybrid smart contracts?

As a blockchain development firm, we at LeewayHertz, build innovative solutions for businesses to help them leverage the real-world application of blockchain technology. We build hybrid smart contracts with Chainlink and also take up smart contract development for Ethereum, EOS, Hyperledger Fabric/Sawtooth, etc. Our smart contract development services provide businesses with strong digital protocols to validate the conditions of their legal contracts with other parties. These solutions help businesses achieve their goals of security and transparency, while they also derive benefits like automation, backup, autonomy, cost-effectiveness and accuracy.

There are two ways to appreciate a hybrid smart contract. First of all, it improves Blockchain-based smart contracts connectivity to the off-chain data sources and makes them capable of novel use-cases that inherently Blockchain doesn’t support. Secondly, it even bootstraps the usefulness of real-world data systems by extending cryptographic security to them. As mentioned earlier, the involvement of centralized authority is a weakness in today’s contract systems. Such contract agreements are based on brand trust. But a hybrid smart contract is a logic-based trust as it facilitates collaboration over decentralized networks that are secure, scalable, confidential, universally connected and reliable. It is often said that the blockchain ecosystem has only scratched the surface of what’s to come, and its evolution will be majorly driven by the far-reaching applicability of hybrid smart contracts.

If you want to explore the prospect of hybrid smart contracts for building a collaboration system over decentralized networks that are secure, scalable, confidential, universally connected and reliable, then please contact our experts. We would be happy to partner with you.

END_OF_DOCUMENT_TOKEN_TO_BE_REPLACED 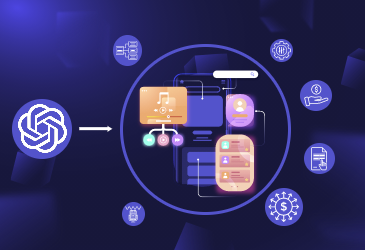