MetaFi: What is it all about? 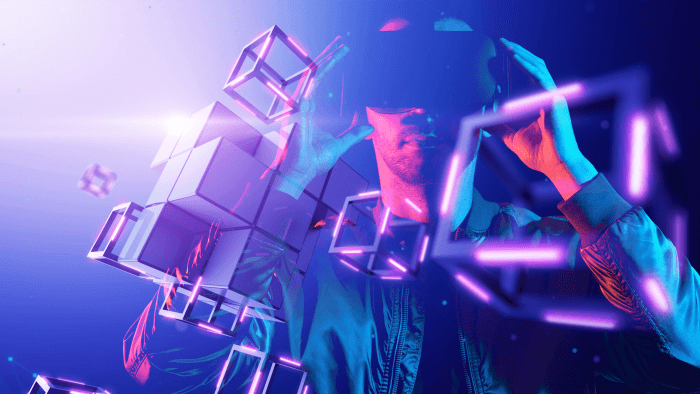 MetaFi is the amalgamation of two words – Metadata and DeFi. Metadata is a set of data describing and giving information about other data. For instance, the photos captured on the phone will have metadata or information such as date, resolution details etc. Likewise, every blockchain transaction will have metadata.

The concept MetaFi was first introduced by the cryptocurrency exchange, Binance, in early 2022. According to them, “MetaFi is a new paradigm shift that aims to standardize blockchain technology for traditional Web2 large-scale applications, including games, social media, and the metaverse.” This would develop a unifying standard that aids in improving interoperability.

It is a concept that unifies all blockchain-related projects, such as Metaverse, GameFi, SocialFi, Web3 and NFTs, by offering advanced and complex DeFi Infra under one roof. MetaFi makes this feasible by the metadata that defines asset ownership.

To understand MetaFi in detail, we need to know about DeFi and the Metaverse. So in this article we will cover:

DeFi, or Decentralized Finance, is an emerging financial technology that eradicates the need for third-party control like banks over financial services and products. It overcomes the shortcomings of traditional finance by promoting financial liberty to users, eliminating fees charged by intermediaries and allowing faster transactions within seconds.

Decentralized finance (DeFi) came into prominence with the introduction of Ethereum and its self-executing smart contracts. Facilitating peer-to-peer transactions and exchanges enables people to:

Being built on blockchain technology, DeFi offers an entirely decentralized, permissionless, open-source and transparent financial ecosystem. Some of the use cases of DeFi include,

How does MetaFi work?

MetaFi utilizes the availability of metadata for assets on blockchains to enhance interoperability. An NFT’s metadata, for example, will probably include a link to the related art. Adding metadata to a Bitcoin(BTC) transaction is also possible, allowing you to include unencrypted data.

MetaFi’s goal is to integrate a wide range of blockchain functions into a single Meta ecosystem, which will be interoperable due to metadata standards used across many platforms and blockchains. MetaFi can use a combination of non-fungible and fungible currencies and community governance mechanisms like Decentralized Autonomous Organizations (DAOs). The integration of these multiple crypto primitives creates a full-fledged parallel economy that uses blockchain to serve people all over the world.

Hence, the word, ‘Meta,’ can be understood as “all-encompassing” and is an acronym for metadata rather than the metaverse, even though many of these applications will be developed for metaverse usage.

Having similar Metadata standards can lead to stable and interoperable projects. MetaFi also includes community governance, such as Decentralized Autonomous Organizations(DAOs). Combining all these components can build an entirely functional parallel ecosystem that serves users around the globe using blockchain.

Metaverse is a virtual universe powered by technologies such as Virtual Reality(VR), Augmented Reality(AR), Blockchain, Artificial Intelligence, Internet of Things, 3D reconstruction etc., that offers a photo-realistic vivid experience to its users. Providing an immersive and life-like experience, users can play games, set up a workspace, connect socially, host meetings and conferences, shop around and do much more in a metaverse.

The concept of ‘Metaverse’ was first introduced by the author Neal Stephenson in his science-fiction novel Snow Crash published in 1992. As he envisioned, the metaverse is a virtual world that can be accessed using highly specialized goggles or headsets, using which users can interact with each other through their Avatars. In the novel, anything is possible in virtual reality, which can be customized based on user preference. Thinking about it, isn’t it similar to the currently emerging metaverse projects?

The existing metaverse platforms like Decentraland, Axie Infinity etc., prove that several descriptions of metaverse portrayed by Stephenson in his novel have already become a reality. With big firms and entrepreneurs taking a step forward and investing in it or building their metaverse projects, the metaverse is indeed emerging as a futuristic concept that has immense potential to revamp various industries.

How does Metaverse integrate MetaFi?

The potential of MetaFi DeFi in the metaverse may be seen vividly in the metaverse’s background. It demonstrates the feasibility of establishing an alternative economic system based on decentralized ledgers which support crypto and global accessibility while being entirely transparent. Simultaneously, the metaverse also pioneers blending multiple digital-first economies such as the NFTs and Play-to-Earn games.

You can understand MetaFi in detail through the following components that determine its structure:

Foundations, essentially the building blocks and the most important part of any MetaFi system, contain the core frameworks, which would serve as layer zero, one, and two solutions. The core frameworks use shared application logic and security to develop applications that run on top of them.

DeFi includes financial applications that run on the main frameworks or protocols. You can consider them as money legos that work as unstoppable programs that use smart contracts to enable intricate financial dynamics.

Verses are a collection of domains or parallel verses that make up the metaverse. The foundational layers of verses will remain connected to the various virtual worlds based on compatibility and cost-effective value transfer.

According to a report by Emergent Research, the global metaverse market size was 47.69 billion U.S. dollars in 2020, which is predicted to reach 828 billion U.S. dollars by 2028. At the same time, Citi, one of the world’s major financial services companies, estimates that the metaverse economy’s entire addressable market will increase to between $8 trillion and $13 trillion by 2030.

Citi further stated that the Metaverse finance (MetaFi) would most probably be a blend of Decentralized Finance (Defi), Traditional Finance (TradFi), and Centralized Finance (CeFi), “with new products specifically designed to meet the unique needs of the new ecosystem built on standardized metadata parameters.” Financial services can play an essential part in the evolution, from initial capital formation to enabling trade inside the metaverse.

There is no limit to opportunities and the financial benefits a metaverse may bring. From top brands like Dolce & Gabbana or Zara setting up their stores on the metaverse or hosting virtual events, the opportunities it provides are immense. Ariana Grande’s concert in the metaverse, held in 2021, is a prime example of a wildly successful event in the virtual universe.

Although MetaFi seems complex to perceive and MetaFi projects are still under development, we would like to show you how a feasible MetaFi ecosystem may function through a fictitious trading metaverse named, for instance, “MetaFiLand.”

Consider “MetaFiLand” as a financial metaverse that incorporates trading and social media components into a 3D world connecting and uniting traders worldwide. It can enable users to trade any asset, both crypto assets like NFTs and tokenized traditional assets, like stocks, bonds and commodities.

Moreover, “MetaFiLand” will integrate elements of GameFi, SocialFi and Web3 to create an immersive platform. The “MetaFiLand” can be divided into futuristic trading zones where users trade and display their NFTs and communicate with each other using text, images or voice. The gamification elements within the platform can increase user engagement and client satisfaction.

You could become a part of “MetaFiLand” by creating an Avatar and connecting your wallet with the ecosystem. It would be like a social environment that allows you to chat and trade together in real-time. This virtual world can merge social media platforms like Twitter or Reddit, making social interaction fun and engaging.

How does Metaverse benefit from MetaFi?

The 3D virtual environment of metaverse helps users engage in various activities related to work, business or other social functions without geographical limitations. It offers virtual lands as NFTs, which can be purchased, sold or used to build anything. Such virtual worlds now come with various add-ons, such as wearable NFTs, consumables and so on, making the connection between the virtual and real worlds more profound.

Some companies, such as Walmart, have already envisioned a virtual shopping experience in which consumers connect to the metaverse to shop for goods and services. Other companies began selling land on which customers could build their dream homes, architectural marvels, or hang out with friends.

MetaFi provides an infrastructure with specified metadata standards that will allow virtual worlds to communicate effortlessly. It also aids in the enhancement of digital assets and virtual tokens’ functionality. This allows them to expand their use cases well beyond their native platforms. Another use case is decentralized identity management and reputation management systems, which allow users to easily and securely access their digital identities and assets.

MetaFi is a relatively new yet futuristic concept aiming to bring several Web3 aspects under one umbrella. It has the potential to reconstruct commerce and trading by incorporating it within the metaverse so that users can trade and transact in real-time without geographical limitations.

Although the concept of MetaFi is still a blur to many and the technological development of the metaverse is still under scrutiny, it is worth mentioning that, if implemented properly, MetaFi shall bring vast interoperability to the metaverse while users can leverage the full benefits of DeFi. 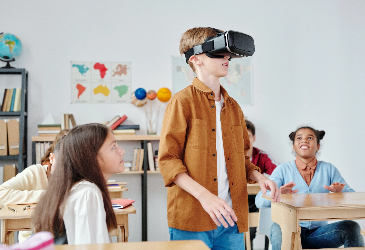 The metaverse will undoubtedly revamp the education system, accelerate learning and restructure the existing system into a more advanced, innovative and relevant one.

END_OF_DOCUMENT_TOKEN_TO_BE_REPLACED 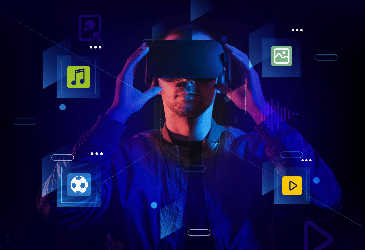 Everything About Metaverse NFT Marketplace

END_OF_DOCUMENT_TOKEN_TO_BE_REPLACED 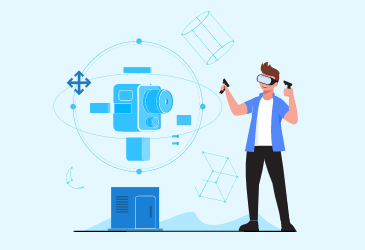 Key Technologies for the Metaverse 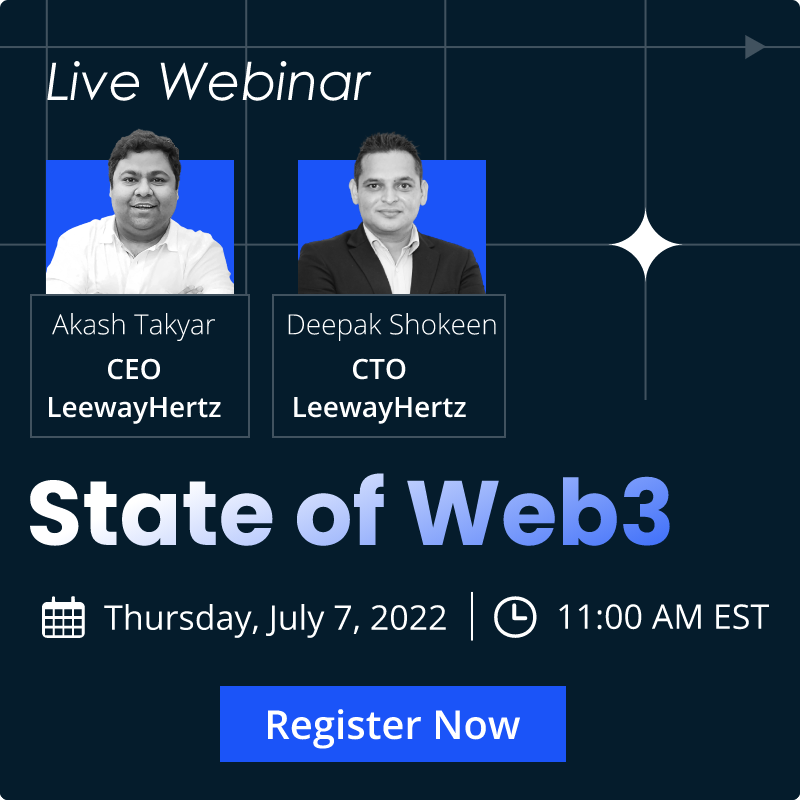