What are Cross-chain swaps? 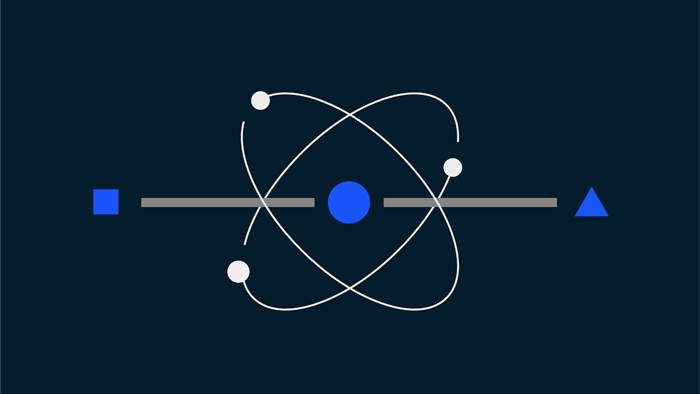 Blockchain exists with a vision to evolve and widen the scope of its use cases across the world. While we understand that blockchain could redefine various industries (such as finance, trading, gaming, and capital market), the non-cumulative nature of its ecosystem continues to trouble the growing prevalence of blockchain technology. Currently, there are numerous blockchain platforms available, ranging from first-generation blockchain like Bitcoin to third-generation like Avalanche. All of these blockchains have separate and isolated chains. These chains can neither come across nor facilitate token exchange or trade that belongs to different blockchain protocols.

Such a lack of interoperability poses various challenges for people who use blockchain and wish to exchange different tokens on multiple blockchains without any intermediary. However, tons of projects built on Ethereum protocol are interoperable, including Uniswap, Dave, etc., that can easily interact for exchanging cryptocurrencies, swapping assets, and performing trades. Similarly, Cardano launched a unique sidechain protocol to move values between two blockchains supporting the Cardano protocol safely. Even with these facilities, blockchains could not provide users with the freedom to exchange tokens on different protocols.

What limitation did the Siloed Decentralized System have?

Even the high demanding platforms, Bitcoin and Ethereum, have their isolated ecosystem. Although they are decentralized and independent, they need a separate ecosystem to allow a token exchange. In other words, one cannot exchange Ethereum’s native tokens on another protocol such as Avalanche.

The limitation certainly became a major challenge (for both the individuals and businesses using blockchain) with the growing decentralization trend and advanced blockchains being introduced. Taking Avalanche as an example, the network launched in September 2020, and over 225 projects are built as of now on the platform. At the same time, AVAX tokens are being traded on a large volume.

So, people started to invest in different blockchains, and they eventually had the need for technology supporting cross-chain token exchange. Cross-chain swap makes it possible. But, how can token holders of a particular blockchain deploy those tokens on different ecosystems? Let’s go deeper to discover the technology.

What is the cross-chain swap?

A Cross chain swap, often known as Atomic swap, is a smart contract technology that enables the swap of tokens between two unique blockchains ecosystem. It allows the user to swap tokens directly on another blockchain without any intermediary or central authority. For instance, exchange ERC-20 tokens with BSC tokens. Hence, a cross-chain swap allows individuals to exchange tokens with the members involved in the blockchain network. Moreover, the swap happens directly from the wallet, and that makes the process faster.

Tier Nolan at first laid out the idea of peer-to-peer swaps between blockchains. However, the technology was implemented in 2017 by Charlie Lee, a famous computer scientist, and creator of Litecoin. He exchanged LTC for BTC and thus explained the mechanism of cross-chain swap.

Cross-chain swap implements an atomic process for completing the transactions between nodes (participants). The term ”atomic” is derived from computer science, which represents indivisible transactions. It means the transaction executes as per the agreement, or the whole transaction becomes invalid.

Let’s break it down:

Non-atomic cross-chain swap is when you send a particular token (say AVAX) to a stranger on the blockchain network and hope to receive a different token (say Ether) in return. This spray and pray approach can lead to fraud since the receiver can exit the process when he receives the tokens. On the contrary, atomic swap confirms that either party receives valid tokens in a specific timeframe, or the transaction will be declared void. However, the sender gets back the exact amount of token he had put to swap. That’s how cross-chain swap eliminates manipulation and fraud.

How do cross-chain swaps work?

Cross-chain swaps use smart contracts to enable token exchange between two parties on two different blockchains. These smart contracts are powered by a technology called Hash Time Lock Contracts (HTCLs), which locks the transactions with unique combinations to ensure verification is done on both ends. The HTCL technology has the following security features:

Hashlock technology allows smart contracts to lock the coins with a secret key (the combination of data). Only the swap initiator can access this secret key. Once verification of the deposit is done on his end, he reveals the secret combination. After the revelation, the receiver can also see the combination to unlock the deposit on his end.

Timelock mechanism utilizes time constraints to secure the transaction on the blockchain network. It ensures quick completion of the transactions. It specifies that the transaction should complete in a given timeframe or the funds will be returned to the depositor.

Why is cross-chain swap critical for the blockchain ecosystem?

Cross-chain swap is a crucial blockchain mechanism as it eliminates third-party entities from the token exchange process and facilitates multi-blockchain transactions simultaneously. It allows people to make payments in a particular token even though they are on different blockchain protocols. People can perform cross-chain swapping using this technology without relying on a centralized infrastructure like an exchange platform.

Since intermediaries are not involved in the cross-chain swap, and it’s a smart contract-powered technology, the transactions become faster, more affordable, and free from potential security breaches that are likely to occur in a centralized exchange system. Moreover, cross-chain swaps are increasingly popular among banking, energy industries, healthcare, government, and finance industries.

Cross-chain swap is not limited to trading and exchange only. Major industries utilize the core advantage of this technology to develop trustless and decentralized exchanges that allow individuals to trade on their desired blockchain. All these features together establish a more interoperable, safe, robust, and fast blockchain ecosystem where traders get full control of assets as they have the convenience of swapping tokens from their official wallets directly.

Following are the advantages of a Cross-Chain Swap

The world is recognizing the significance of decentralization. Cross-chain swaps make people independent by providing a decentralized ecosystem for multi-blockchain exchange.

Cross-chain swaps employ HTCL smart contracts that ensure users with enhanced security and guarantee a refund if a conflict occurs or the first participant (sender) changes his mind for some reason. This way, the technology leaves no room for security concerns.

The use of centralized exchange involves high switching costs. Besides, you also need to do lots of formalities like finding a reliable exchange, getting registered, abiding by the terms & conditions, and so on. In contrast, Cross-chain swaps allow nodes to join the peer-to-peer blockchain network and exchange the tokens. It saves time and ensures low cost since no centralized entity controls the protocol.

Cross-chain swaps achieve high flexibility by allowing the exchange of all tokens. Users don’t need to convert tokens into specific protocol-based tokens as they need to do in centralized exchanges.

Cross-chain swap presents a futuristic model in terms of the decentralization of token exchange and payments. It’s a simple way to allow two participants to swap their tokens on completely different protocols without intermediaries. The Cross-chain swap is due to blockchain’s core focus on achieving higher interoperability over time, enticing people towards decentralization as they struggle with a centralized system. Consequently, organizations nowadays prefer a decentralized system, with blockchain-based solutions developed on multiple protocols. Thus, it is evident that cross-chain swaps are going to be immensely popular in this advanced world.

If you are interested in building cross-swap-powered decentralized exchange or developing a complete range of blockchain solutions such as smart contracts, nodes, or tokens for your business, please contact our blockchain experts and discuss your project requirements.