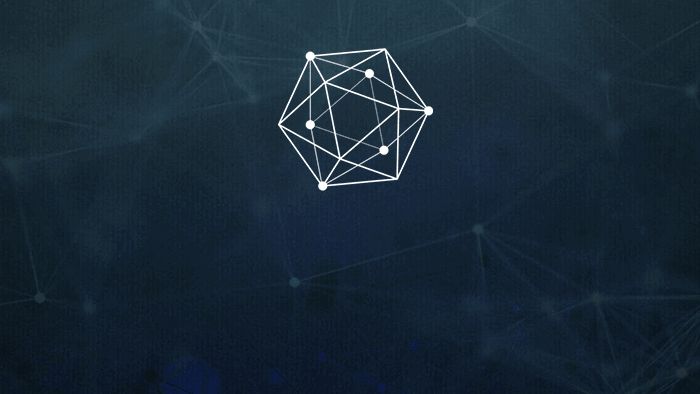 As the decentralization is gaining immense interest, a lot of blockchain projects have emerged to support the blockchain development. Among the blockchain world, Ethereum and Bitcoin were propelled a lot by media coverage.

There is one blockchain project that has not been covered widely by media but is doing tremendous work to ease the lives of blockchain developers. Since many blockchains are created from scratch for different purposes, the Linux Foundation launched the Hyperledger Project to democratize and standardize blockchain for the business world.

Let’s have an in-depth understanding of what is Hyperledger.

Hyperledger is an open-source project founded by the Linux Foundation. It provides a diverse suite of projects and frameworks to businesses and developers to build the blockchain networks and applications. Hyperledger Project aims to ease the collaboration between enterprises, developers and businesses in the field of DLT (Distributed Ledger Technology).

“Hyperledger is an open sourced community of communities to benefit an ecosystem of Hyperledger based solution providers and users focused on blockchain related use cases that will work across a variety of industrial sectors.”

More than 250 organizations are supporting Hyperledger currently and that number is increasing rapidly with time. The list of organizations includes many tech giants such as Airbus and Daimler, IBM, SAP, Huwaei, Fujitsu, Nokia, Samsung, American Express, JP Morgan and blockchain startups like Blockstream and Consensys.

The director quoted, “You’ll never see a Hyperledger coin, by not pushing a currency, we avoid so many political challenges of having to maintain a globally consistent currency.”

It made the foundation of Hyperledger Project more strong and shaped the goals of developing industrial applications of blockchain and isolating it from get-rich schemes evolving from currency backed blockchains.

Hyperleger Project offers enormous opportunities and includes over 28000 participants and 3.6 million lines of code. Hyperledger comprises of 10 projects, including 6 tools and 6 frameworks. The Hyperledger project can be divided primarily into two sections:

Since it is clear what is Hyperledger, we shall now discuss different types of Hyperledger Projects and Tools that contribute to blockchain development.

Hosted by the Linux Foundation, Hyperledger Burrow is one of the Hyperledger Projects that provide a modular blockchain client to build a permissible smart contract machine with the specification of Ethereum Virtual Machine (EVM). Some of the capabilities of Burrow include high transaction throughput and transaction finality because of the proof-of-stake consensus engine.Burrow consists of the following components:

Built explicitly for decentralized identity, Hyperledger Indy is a distributed ledger that provides libraries, reusable components and tools to create digital identities on the blockchain.

It provides an ecosystem for secure, robust and private identity. Indy aims to put users in the control of their data, thereby protecting their identifiable information from privacy breaches and hacking.

Users’ private data is not stored on the Hyperledger Indy ledger. Instead, it utilizes the blockchain to allow third parties to validate that the trusted organizations have issued private credentials. Both ordering and validation are done via RBFT (Redundant Byzantine Fault Tolerance) in Hyperledger Indy.

Underpinned by a modular architecture, Hyperledger Fabric is a distributed ledger platform that delivers resiliency, scalability, flexibility and confidentiality. Explicitly designed to offer pluggable implementation of various components, it can resolve complexities that exist across the economic ecosystem.

Unlike an open, permissionless system that allows unknown participants to enter the network, Hyperledger Fabric enrolls members via a trusted membership service provider.

Therefore, a ledger is the combination of transaction log history and the world state database.

Fabric’s smart contracts are written in chaincode and invoked when the application has to interact with the ledger. Chaincodes can currently be written in Go and Node programming languages.

Understanding the needs of the participants in a Business-to-Business (B2B) network where people can be sensitive about the information they want to share, Hyperledger Fabric can support systems where privacy is a crucial requirement.

Hyperledger Fabric allows network starters to select a consensus algorithm that represents the best relationship between the participants of the network.

Build on Hyperledger with LeewayHertz

Hosted by the Linux Foundation, Hyperledger Iroha is one of the Hyperledger Projects used to build trusted, secure and robust blockchain applications using Byzantine Fault-Tolerant Consensus algorithm.The platform can be used to manage identity, serialized data and digital assets. It is useful for apps like central bank digital currencies, national IDs, logistics and interbank settlement.

Iroha does not have any native cryptocurrency; instead, its interaction with the system is permissioned so that only people with access can participate in the system. Moreover, queries are permissioned, enabling data access control. With prebuilt commands, Hyperledger Iroha allows users to do tasks like creating and transferring digital assets.

Iroha is based on a consensus algorithm called Byzantine Fault Tolerant Algorithm which offers high-performance and allows transactions with low latency. By limiting the attack vector, Iroha improves the overall security of the system.

The peers of Hyperledger Iroha are validation nodes that can distribute partially-signed transactions on the gossip protocol as a part of multi-signature transactions. Blocks are saved in files whereas the ledger state is stored in the PostgreSQL database.

Hyperledger Sawtooth is an enterprise blockchain platform used to build distributed ledger networks and applications. It is designed in a way that it keeps the ledgers distributed and ensures the safety of smart contracts.

The platform facilitates the blockchain development by isolating the core system from the app domain. Developers have the choice to specify the business rules in the language of their choice. Modularity of Hyperledger Sawtooth allows enterprises to select the permissioning, transaction rules and consensus algorithms as per the business requirements.

Sawtooth provides an advanced parallel scheduler that divides transactions into parallel flows. Transactions can be executed in parallel, protecting from double-spending with various modifications to the same state. Parallel Transaction Execution results in increased performance over serial execution.

Sawtooth uses different types of consensus algorithms on the same blockchain which can be selected initially at the time of network setup and can be modified on a running blockchain with a transaction.

Transaction language and data model are implemented in a transaction family that includes:

Grid is neither a blockchain nor an application; it is an ecosystem of frameworks, libraries and technologies that work together and allow developers to choose the components that are appropriate for their market model.

Hosted by the Linux Foundation, Hyperledger Caliper is a blockchain benchmark tool that allows users to compute the performance of a specific blockchain implementation using a set of predefined use cases.

The tool generates reports containing various performance factors like transaction latency, resource utilization and transactions per second (TPS). The significant component of Caliper is the adaption layer that can integrate multiple blockchain solutions into Caliper framework.

Caliper NBI is a set of blockchain interfaces which include operations to communicate with a backend blockchain system, for instance, to invoke contracts, install smart contract or query state from the ledger.

Hyperledger Cello is a blockchain module toolkit which aims to propose the on-demand “as-a-service” deployment model to the blockchain ecosystem.

Hyperledger Explorer is a blockchain module, designed specifically for creating a user-driven web application. Hosted by the Linux Foundation, Explorer can be used for viewing, deploying, invoking or querying blocks, network information, transactions and related data, transaction families, chain codes and other relevant data stored in the ledger.

Hyperledger Composer is an open development framework and toolset that makes the development of blockchain applications and smart contracts easier. With Composer, blockchain applications can be developed and deployed rapidly in weeks instead of months. Leveraging the tools like node.js, CLI, npm and other editors, Composer built with JavaScript provides business-focused abstractions and sample apps with easy to test DevOps process.As a result, Hyperleder Composer creates robust blockchain solutions that can transform business operations with technical development.

Hyperledger Quilt is a business blockchain tool that provides interoperability between ledger systems with the implementation of Interledger protocol (ILP), a payments protocol designed to move value across both distributed and non-distributed ledgers.Also, ILP can provide atomic swaps between a single account namespace for accounts and ledgers. With the introduction of Quilt to Hyperledger Projects, the Linux Foundation has now hosted both JavaScript and Java Interledger implementations.

Developers responsible for the security aspects of Hyperledger Sawtooth, Indy and Fabric, use Hyperledger Ursa to ensure secure implementations.

Our team of blockchain developers built a blockchain supply chain solution, TraceRX to transform the way humanitarian aid is distributed. The solution solves three critical problems: Theft, Recall and Inventory Management.TraceRX allows all stakeholders such as procurement manager, pharma vendors, country manager, field manager, regional manager and distribution officer to trace the drugs within the supply chain from warehouse through the last mile. With cloud computing’s accessibility and blockchain’s security, TraceRX provides the capability to NGOs and aid organizations to track inventory and communicate seamlessly.

While most of the blockchain projects emphasize on tokens and cryptocurrencies, Hyperledger projects have the potential to develop the backbone of high scaling industrial and non-monetary applications. Also, the Hyperledger projects are backed by renowned IT companies like IBM and Linux.

If you are looking to build an application on top of any Hyperledger Project, consult our team of Hyperledger Blockchain Developers and discuss your requirements.

END_OF_DOCUMENT_TOKEN_TO_BE_REPLACED

How to Develop a dApp on Algorand?

Algorand is a smart contract-oriented, decentralized network designed to solve the blockchain trilemma of achieving speed, security, and decentralization simultaneously.

END_OF_DOCUMENT_TOKEN_TO_BE_REPLACED 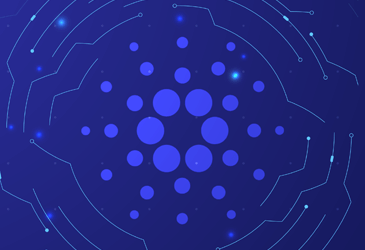 How to set up Cardano Node?

A detailed guide explaining how to set up the Cardano node and run it from source code on multiple operating systems.