Use Cases for Blockchain Energy 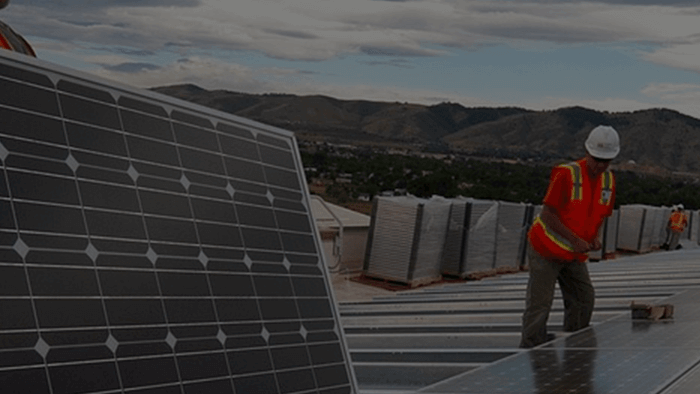 Blockchain or distributed ledger technology has gained significant interest from firms across the energy sector. The sheer range of organizations investing in blockchain energy is staggering – from energy supply firms and technology developers to financial institutions, national governments and the academic community. The coming together of blockchain and energy is unmistakably one of the most spectacular technology innovations in recent times.

A typical application area for blockchain in the energy sector is trading and crediting. Interested parties leverage blockchain technology to facilitate energy transactions on a distributed or wholesale level, creating a virtual grid. Consumers can trade among their own devices and resources, with their neighbors, and with the grid. The entire process could be automated through smart contracts. In this write-up, we shall explore a number of use cases related to the applications of blockchain in energy.

First, let’s have a look at some of the key benefits derived from the use of blockchain in the energy sector.

Key Benefits of Blockchain in Energy

Let’s discuss some of the disrupting use cases of blockchain energy.

Use Cases of Blockchain in Energy Sector

The application of blockchain in peer-to-peer energy trading is perhaps one of the most disruptive and exciting use cases around blockchain energy. It brings together a number of facets such as finance, community resilience building, and renewable energy expansion.

Operating within a close-knit geographic group or community, renewable energy asset owners (for example, individuals or groups with solar panels) can trade their surplus electricity with neighbors. In this section, we will discuss some of these successful blockchain-based peer-to-peer energy trading platforms.

The proliferation of blockchain has accelerated the peer-to-peer energy trading with the potential to become a mainstream concept in the decentralized renewable energy sector, offering immense benefits to underserved individuals and communities around the world.

Application of Blockchain for Wholesale Trading Through Regional Mini-grids

Enerchain 1.0 from PONTON, which went live in May 2019, offers their services to energy traders who need trading data via platforms, and data communication processes. Project Enerchain is the first-ever blockchain-based wholesale energy trade in the world.

The block time for transactions on Enerchain is 1 second, which is fast as compared to traditional platforms such as Bitcoin and Ethereum whose block times are 10 minutes and 10 to 20 seconds, respectively. For starters, the block time of a blockchain network is as the average time taken by the hash power of the network to generate a new block of transaction. In other words, it is the time taken to mine a block.

The Enerchain infrastructure can not only be used for energy wholesale but also to create new decentralized markets for other commodities like coal and oil, or even other industrial products. At the time of POC (Proof of Concept), more than 40 leading European utilities supported Enerchain.

Energy Web Foundation (EWF), a non-profit set up by the Rocky Mountain Institute and Grid Singularity, has launched an Ethereum-based platform for energy, named Tobalaba. Their first app, Origin, aims to simplify and enhance the certificate of origin markets for renewables.

At present, Origin is sort of a marketplace where all smart meters on solar PV within the grid can communicate. Also, it provides a common dashboard for tracking energy consumption. It does so by recording the provenance of renewable electricity generated, with details of source type, time, and location, along with the carbon footprint.

In other words, Origin is a digital renewable energy platform that:

In many regions of Africa, communities are not connected to the respective national grids. Most of these groups depend on solar panel projects that often remain unfunded. Blockchain-based crowd-financing initiatives could close this funding gap.

Individuals around the world can remotely purchase the photovoltaic cells used within the solar panels on African homes. The solar panels are constructed only when a sufficient number of solar cells are pre-purchased. Following the implementation of the solar grid, households can pay rent in crypto-currency to the actual owners of the solar cells.

The Sun Exchange is a blockchain-based solar energy finance platform in Africa that operates on a similar model. It enables anyone in the world to purchase solar panels in Africa and then earn revenue from them.

In this model, investors usually buy solar cells and lease them to schools, hospitals, factories, businesses and end-users in other developing nations. The Sun Exchange marketplace arranges the monthly lease rent

Renewable energy cryptocurrencies aim to motivate solar prosumers (a person who consumes and produces a product) by rewarding them. It is similar to how bitcoin encourages miners to commit processing power to the network by incentivizing them with bitcoins for each block of transactions mined. The following are some of the cryptocurrencies developed to encourage renewable energy:

ImpactPPA is a promising blockchain-based technology platform that seeks to disrupt the global energy marketplace by allowing energy consumers to “Pre-Pay” for electricity from their mobile device. ImpactPPA leverages blockchain to offer a payment rail for developers, investors, governments, service providers, utility companies and others who belong to a trusted and transparent platform.

At present, the firm has deployed utility-scale or micro-grids in over 35 countries, generating, storing and delivering power. Power goes to a smart meter connected to the blockchain. Electricity consumers interact with their smart meter and purchase power from a mobile device.

In one of their recent projects, ImpactPPA is working with the Minister of Small and Medium Enterprises in India to rejuvenate the Indian textile industry called Harit Khadi. Harit Khadi, when fully deployed, will employ over 50,000,000 women in the cotton processing industry. ImpactPPA is set to provide renewable energy generation and blockchain technology for the project.

Although significant advances have been made with regards to the use of blockchain in the energy sector, several challenges stand in the way of blockchain energy becoming mainstream anytime soon. Energy regulations, which include specific guidelines on who can be a retailer and who cannot be, can pose serious challenges to decentralized cross-border platforms. Regulatory changes need to be initiated to ensure the participation of prosumers within a legal framework.

In the absence of regulation, investors might be reluctant to pump in the required funds to set up and operationalize a blockchain energy platform. Furthermore, cryptocurrencies are not yet accepted globally, which tends to stifle the rapid adoption of change.

Notwithstanding the challenges, the general trends are optimistic as the benefits surpass the bottlenecks by a great margin. The application of blockchain in energy will lead to greater visibility, increased operating efficiencies, and a more streamlined regulatory reporting. It will eventually make energy systems more active, decentralized, and complex with multiple participants and actors.

In case, you are looking to understand blockchain implications in the energy sector in more detail, schedule a free consultation with our team of blockchain experts who can guide you through the blockchain implementation in a specific use case.