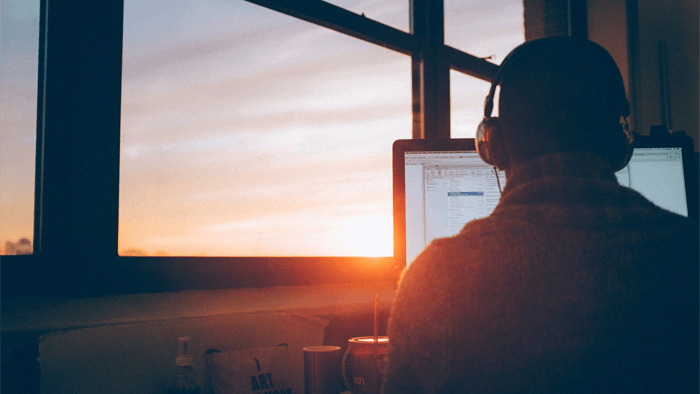 The blockchain was introduced as the technology beyond cryptocurrencies like bitcoin. The distributed ledger integrated with devices like mobile phones or desktop can store anything of value. Information of the assets like equities, titles, bonds, money, deeds, contracts can be recorded and stored in a secured and transparent manner.

In the entire human history, for the first time, two or more entities who may not know each other can make transactions, forge agreements and build value without depending on the third parties.

Given the peril and promise of such a disruptive technology, many organizations of the financial sector are adopting the blockchain solutions.

What if the social bond impact industry would invest in the blockchain solution to add more trust and transparency in the process?

Social Impact Bonds are seeking the attention of government, public authorities, investors and social service providers over the last few years, but it is lagging behind.

Since the social impact bonds’ success is based on the social impact, which is often not quantifiable. So, here the blockchain technology can unlock the potential to bring trust and transparency in the SIB industry.

The article would help government entities, investors and NGOs to understand the end-to-end process of blockchain implementation in Social Impact Bond.

Social Impact Bonds are released by the government to finance social projects. In SIB, repayment and return on investment depend on the achievement of desired social outcomes; if the outcomes are not achieved, investors neither receive a return nor repayment of principal.

In 2010, SIB was first introduced in the UK. Since then, it has been launched in 22 countries and has raised approximately $400M in investment for social projects.

Despite its benefits, the existing process has certain loopholes due to the high cost of administration and lack of transparency.

Let’s consider an example of the current process of SIB

The SIB starts when the government identifies the social problem and wants to fund it.

The government authorities contact organizations who work as an intermediary and administer the program.

The intermediary raises the capital from investors and uses funds to support social service providers.

Investors fund in the project until its locking period gets over.

Once the locking period gets over, the evaluator evaluates the service provider’s progress towards the goal.

Then the government reimburses the investors if the agreed outcomes are achieved.

But, in case SIB fails, the investors lose their entire investment because the government only pays for success.

The traditional SIB process has no standardization which can put investor’s funds at risk.  Also, evaluators evaluate the results manually that increases the administrative costs.

Here, are some of the SIB’s pros, cons and risks:

The blockchain is the promising technology that could overcome the above challenges and transform the SIB management process.

The first Smart SIB was made with Solidity, a smart contract programming language based on Ethereum platform.

Blockchain platform can enable SIB investors to measure the performance of social impact at every step of the process.

User-Interfaces in the blockchain-enabled SIB:

The role of the government:

The government can release the SIB and amount of its investment using the blockchain-enabled web portal.

The information saved on the blockchain can be accessed by all stakeholders involved within the system.

The government can set the bond’s locking period to evaluate its impact.

Once the bond’s duration gets over, the notification will be sent to the government through smart contracts.

Then the government makes the decision on the basis of the social impact bond’s ratings.

Ratings of the SIB would be generated by evaluating its impact using certain algorithms.

Higher ratings indicate the success of the project, which can enable the government to pay back to the intermediary and investor.

In case the ratings go down, the investor may lose their entire investment.

For example, the government releases the social impact bond of 20 millions for the homeless people with three years of the locking period.

The intermediary will contact investor to fund in the project. Once an investor invests the money, the impact would be checked after three years.

All the transactions and social impact ratings would be saved on the blockchain. Evaluating bond’s ratings, the government can decide whether they should pay back to intermediary and investor or not.

Participation of the investors and intermediary in the network:

An intermediary finds the investor to invest in the SIB.

Once an investor is ready to fund in the project,  the government will provide the license and that transaction would be saved on the blockchain.

After getting the license from the government, an intermediary can request the investor to send the fund.

Once the investor approves the request, the fund will be deducted from their wallet through Smart Contracts.

The transaction is stored on the blockchain to ensure that the investor has already provided the fund to the intermediary.

The intermediary would structure the deal while feeding the data on the blockchain through smart contracts.

Since the regulations can be added in the smart contracts, investment compliance is followed in every step of processing.

Intermediary get the fund from an investor and allocate it to various social service providers via a blockchain-based application.

Since the distributed ledger will be transparent and traceable, social service providers will get to know when intermediaries get the fund from investors.

Social Service providers can request intermediary to get the fund provided by the Investor.

Once intermediary accepts the request, the NGO’s will automatically get the requested amount in their respective wallets.

Hence, a blockchain enabled platform can help social service providers get the fund seamlessly and quickly.

Further, NGOs can distribute the fund to correspondent associations such as homeless community, child education, old-age home for social welfare.

If the funds allocated to NGO’s are used properly and have positive impacts, then the ratings would increase while saving the data on the Blockchain.

There is no chance of frauds related to the bonds or money as every involved stakeholder can access the data from the blockchain.

The blockchain can bring the fairness in the management of SIB with more transparency and traceability.

Blockchain could benefit the SIB in the following ways:

The SIB information added to the blockchain has to be validated by consensus. All the parties involved have to be agreed collectively to support a decision rather than by a single central administrator.

In consensus, every member’s input is carefully considered and therefore, there is no probability of a single point of failure.

Since blockchain maintains the time-stamped records of every transaction, it can enable easy tracing at any time.

Whenever required, any stakeholder connected to the network can trace or access old transactions. Audits can be done faster without taking much time.

Since Smart contracts can automate the process and eliminate central authority, investment and calculation of the interest and the impact could be made faster and quicker.

The overall turnaround time of the process could be reduced with smart contracts and the information stored on the blockchain could give a clear insight into the Social Impact Bonds.

Since there is no middleman involved to evaluate the impact on the blockchain, the business costs get reduced over time.

To understand the potential of the blockchain in SIB, contact the team of Blockchain developers and discuss your needs.