An Overview of Blockchain Indexing Protocol 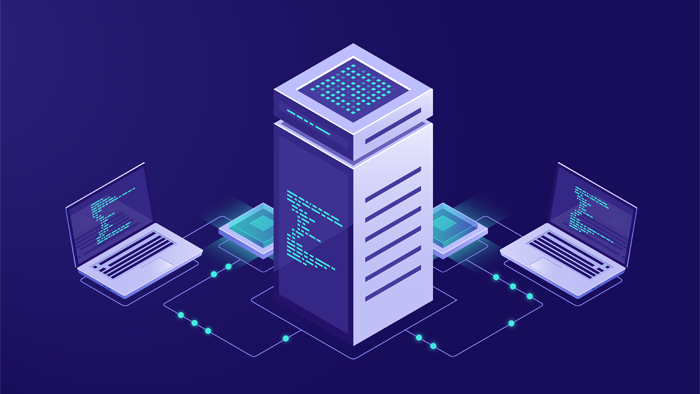 Blockchain is a dynamic technology, gaining major traction from various sectors in the market. It became famous in 2008 as the fundamental technology powering Bitcoin. However, with passing years application of Blockchain is just not restricted to one financial purpose but multiple ones. With a huge amount of cryptographic data records on Blockchain it becomes difficult to filter and find data on the decentralized platform. To do this, you need to create a key-value index utilizing the distributed Redis database to store the data you extract from a Blockchain platform. For example, you utilize Ethereum via an interface that Ethereum provides in the form of a library called web3, which enables access to and retrieval of data from its own structure. In a distributed ledger, notably the Blockchain, information about an entity may be scattered throughout without an index, making it incredibly difficult to search for this information. This article discusses the Blockchain Indexing Protocol and its significance in relation to Blockchain Queries.

What is Indexing in Blockchain?

As blockchain technology becomes more established and is leveraged to channel transactions in a decentralized way to support real-world use cases, the need to query data stored on blockchain also increases. Furthermore, due to the Blockchain’s time-ordered structure, the linked data resides across numerous blocks, and there is no built-in mechanism to identify, categorize, or query it. As a result, an index that allows users to search the Blockchain for specific words would expand its reach, power, and usability. There are several levels of detail at which indexing may be performed. The essential elements of the Blockchain, including accounts, blocks, and transactions, must be indexed at a low level. Because the overall amount of data recorded throughout the Blockchain necessitates the capacity to identify and retrieve it, indexing at this basic level is critical to high-level blockchain queries.

What is Quering in Blockchain?

Being an immutable and distributed network that no single party controls and administers, as well as having a consensus procedure to approve transactions and the authenticity of written transactions, blockchain opens the door to a plethora of uses. This has also prompted technology developers to consider other consensus techniques to accelerate transaction processes, that can better match certain use cases when proof of work is not the best option.

A blockchain, as a distributed ledger, stores data. It is probable that transaction data stored in the chain is needed to be searched. One such scenario may occur in the setting of a blockchain that maintains data about electronic healthcare records. It’s possible that we’ll need to access a certain patient’s treatment history over time. In this instance, pertinent records for the patient in issue may be distributed across many blocks. The search may be done out-of-the-box by traversing a linked list from the most recent block backward and gathering pertinent entries. Of course, it is possible that numerous irrelevant blocks will be visited throughout the search. Furthermore, present query APIs are platform-dependent, limiting, and only support basic queries.

The goal is to provide a fast online querying engine that synchronizes querying and integration with most blockchains such as Ethereum, Bitcoin, and Hyperledger, and to be able to execute more complicated inquiries such as “aggregate and join queries” with a simple SQL syntax.

What is the Problem of Indexing in Blockchain Query?

Blockchain technology offers the properties of decentralization and tamper resistance, allowing it to store data securely. However, the current blockchain technology has poor data management performance and only enables traversal queries using transaction hashes as variables. The query approach based on the account transaction trace chain (ATTC) enhances the query efficiency of the account’s past transactions. The efficiency of searching accounts with longer transaction chains, on the other hand, has not been much improved.

Given the inefficiencies of the ATTC index and its single method in the query, a subchain-based account transaction chain (SCATC) index structure is the perfect solution. To begin, the account transaction chain is separated into subchains, with the final block of each subchain linked by a hash reference. ATTC converts the block-by-block query method to the subchain-by-subchain query mode, which cuts down the query path. Numerous transactions from the same account in the same block are combined and saved, which reduces the index’s creation cost and saves storage space. The SCATC index structure’s building and query algorithms are then provided. The SCATC index structure greatly increases query performance, according to simulation results

What is Blockchain Indexing Protocol?

The Graph Network constitutes Indexers, Curators, and Delegators, who provide network services and data to Web3 apps. Users access and use the apps and data. Participants stake and spend Graph Tokens (GRT) to secure the economic security of The Graph Network and the integrity of data queried. GRT is a work token on the Ethereum blockchain that is an ERC-20 token. It is used to distribute network resources. Active Indexers, Curators, and Delegators can supply services and receive revenue from the network in proportion to their labor and GRT stake.

Blockchain aspects such as finality, chain rearrangement, and uncalled blocks further complicate the Blockchain Query procedure, making it not only time-consuming but also conceptually difficult to extract accurate query answers from blockchain data. The Graph addresses this by providing a decentralized protocol for indexing and accessing blockchain data in a performant and efficient manner. Following that, these APIs (indexed “subgraphs”) may be queried using a conventional GraphQL API. Today, both a hosted service and a decentralized protocol with the same features are available. Both are underpinned by the open-source Graph Node technology.

How Does Graph’s Indexing Protocol Function?

Once a subgraph manifest is created, you use the Graph CLI to save it in IPFS and instruct the indexer to begin indexing data for that subgraph. The processes that Flow Blockchain takes to index the queries are as follows:

Connect with our experts for further guidance in Blockchain Indexing and the development of the Indexing Protocol for your blockchain projects. 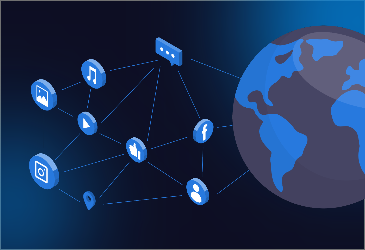 Web3 in Social Networking: A Gateway to Decentralized Social Communication

END_OF_DOCUMENT_TOKEN_TO_BE_REPLACED 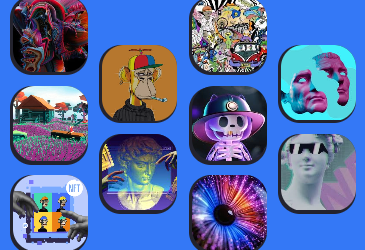 Web3 in art: Implications for artists, art collectors, and the art industry

Web3 in art is booming! Without any debate, web3 will unlock more possibilities for the art world in the future.

END_OF_DOCUMENT_TOKEN_TO_BE_REPLACED 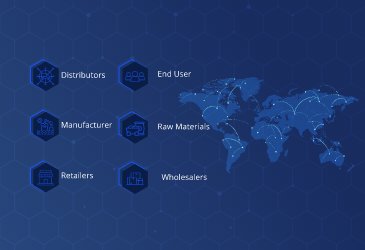 Role of Web3 in Supply Chains and Logistics