Everything About Cross-chain Stablecoin Payments 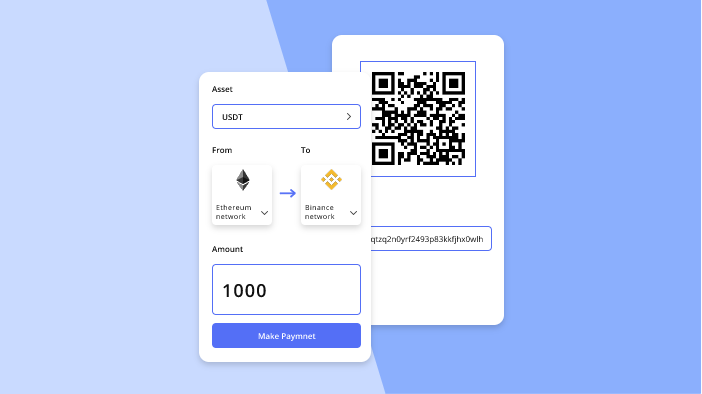 The advent of bitcoin and blockchain technology marks the beginning of a new chapter in digital payment. There are nearly 6000 cryptocurrencies that together have paved the way for a revolutionary virtual payment system through a distributed network with no intermediaries involved. Due to their unique features and permissionless nature, cryptos have become enormously successful in many industries, including finance, healthcare, retail, supply chain, and more.

However, the adoption of cryptocurrency in the payment industry has been constrained because of the volatility in cryptocurrencies. In this regard, blockchain enthusiasts continue to present a better approach to address the existing challenges. One such popular approach is using Stablecoins pegged to the value of an underlying asset, mainly US dollars. Stablecoins are relatively new. Hence, most people seem confused about it. Let’s answer their queries and understand Stablecoin along with its impact on cross-chain payments in this insight.

What is a stablecoin?

A stablecoin is a digital currency pegged to a ‘stable’ value, such as the US dollar or gold. In comparison to cryptocurrencies, stablecoins have a higher potential to address volatility issues. That is so because cryptocurrencies have relatively small market capitalization, which often experiences fluctuations and high volatility with daily buy and sell orders. Thus, stablecoins are the best form of digital currency to suit everything, from daily e-commerce transactions to crypto token exchanges on blockchains.

For a thorough understanding, we can assume stablecoins as a tokenized representation of real-world or fiat currencies. Put more simply, if 1USDT (Tether) equals 1 USD, a stablecoin is expected to maintain this peg regardless of market fluctuations. Stablecoins are mainly of four types: Fiat-backed stablecoins, cryptocurrency backed, commodity backed and algorithmic stablecoins. To learn more about stablecoins, read our detailed insight.

What is cross-chain technology?

Cross-chain technology refers to an emerging technology that enhances interoperability between independent blockchains. Every blockchain is designed to perform specific actions to address the limitations of existing blockchains. For example, Bitcoin was introduced to replace traditional currency with digital cryptocurrency. At the same time, Ethereum came up with smart contract technology to empower the use case of blockchains across the fintech industry. Due to the lack of interoperability and the siloed nature of both Bitcoin and Ethereum, users cannot share information between these blockchains.

Technologies like cross-chain swap, cross-chain token exchanges, and the decentralized token bridge are perfect examples of how cross-chain-powered innovations have been bridging the gaps between blockchain and its real-world implementations. By enhancing blockchain interoperability, cross-chain preserves blockchain’s decentralized nature and unlocks various utilization opportunities across newer industries.

What are cross-chain stablecoin payments?

Cross-chain has enabled stablecoin payments to bring many benefits to the issuers. They can mint and buy back coins and redeem the outstanding stablecoins whenever needed. With the ability to quickly convert volatile assets into stablecoins, one can escape from the risks of crypto market fluctuations. Moreover, first and second-generation blockchains, Bitcoin and Ethereum, do not efficiently support everyday transactions due to their scarce computing resources and relatively high fees. As a result, users seek the freedom to choose the desired blockchain protocol that suits their day-to-day payment and settlement requirements. Their search ends at cross-chain stablecoin payment options, where payments can be done in any stablecoin without any complexity.

What is the role of stablecoins in cross-chain payments?

A peer-to-peer decentralized payment system is one of blockchain technology’s most prevalent use cases. The idea was to eliminate third-party entities from the payment process and allow people worldwide to participate in a trustless distributed network. Also, note that blockchain initially appeared to power cryptocurrency transactions. However, the overgrowing popularity of alternative currencies such as stablecoins and the rapid rise in their circulation has encouraged many organizations (banks or financial institutions) to issue their stablecoins for block-based payment purposes.

Like crypto tokens, stablecoins have also been circulated on various blockchains that remain isolated. Before the advent of cross-chain technology, stablecoins transfer between blockchains was enabled by a centralized entity or middleman. Users first need to deposit their stablecoins to this middleman. This approach of giving custody of money to a middleman is against the ideology of blockchain, which is creating a permissionless and decentralized ecosystem.

Here we are considering cross-chain stablecoin payments between two different blockchains with the same stablecoins.

The interoperability services between the sender and the received work here in the process.

The flow chart below demonstrates the transfer of stablecoins from one blockchain to another. 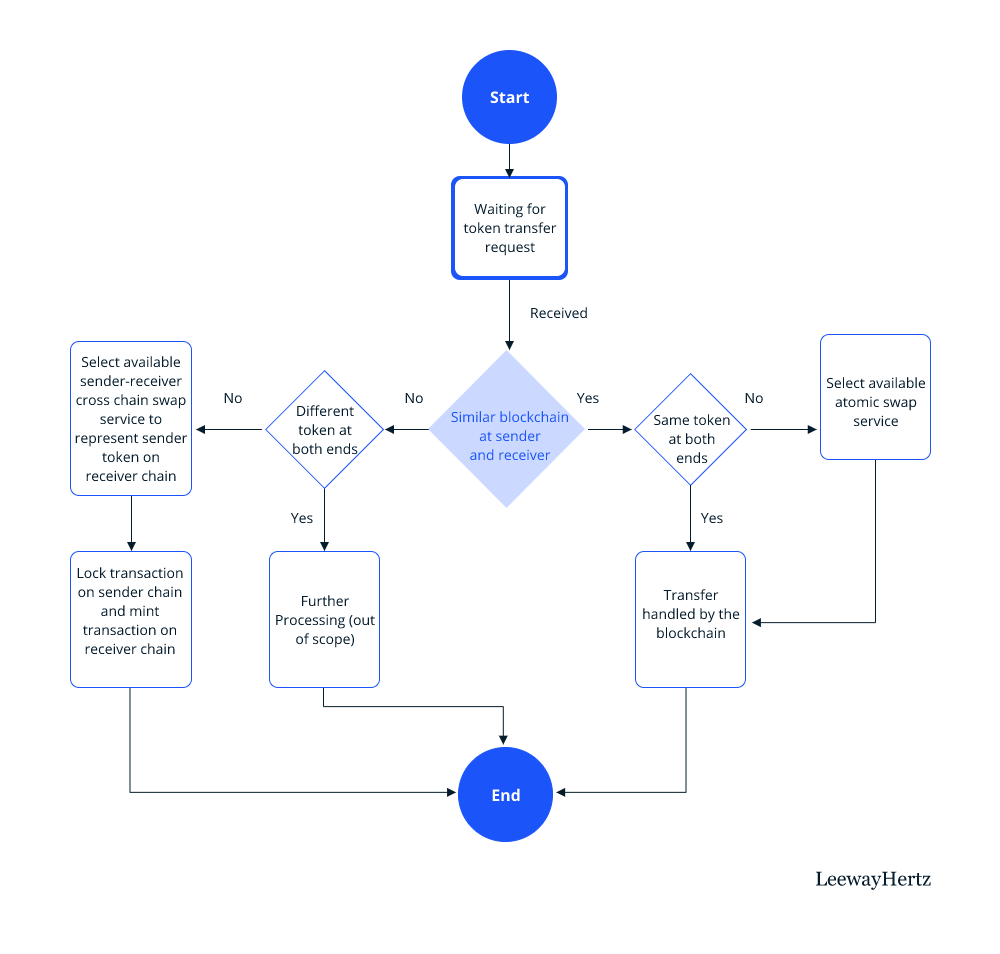 Let’s now understand the process associated with each step in the flow chart in detail. The process described here represents the cross-chain transfer of stablecoins between the sender and the receiver chain.

If the sender and receiver chain interchange their role (the sender chain becomes the receiver chain and vice-versa), the process would work similarly except for the selection of interoperability service.

The emphasis of stablecoin has always been on creating less volatile and high liquidity-backed assets. That being said, this industry has to undergo many challenges to position itself in today’s competitive financial ecosystem. The stablecoin industry should collaborate with regulators and discover a more advanced framework that can address the challenges of cross-chain stablecoin payment. This industry has the potential to alter the way virtual payments are done. Stablecoins, with their basic cash-like features, make digital payments frictionless and instantaneous on various blockchains.