Everything you need to know about Divi Project 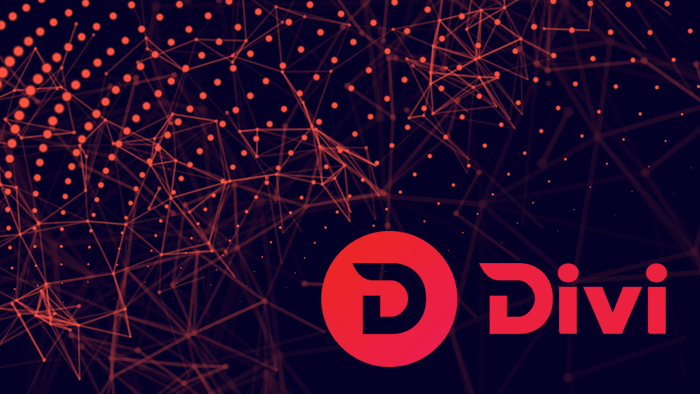 The revolution of the blockchain and cryptocurrencies heralds a new era for the economy and the financial system. The financial systems have been the heart of global economics and market flourishing with a new way of investing and growing capital. Every financial perspective initiates, passes or terminates in terms of financial entities. The existing blockchain perquisites and traditional loopholes in finance exhibit the need for a global, modernized and frictionless financial ecosystem. This is how Divi comes into the picture.
Divi is emerging as a frontrunner on democratizing finance for the masses. The plethora of products and services, robust infrastructure and fast-maturing decentralized ecosystem make Divi unique compared to conventional cryptos.

Divi is a fork of Dash and PIVX, but today Divi has its track record and has acquired an interesting place in the crypto ecosystem by establishing itself in the top 100 crypto coin list of the coinmarketcap. During its launch in 2017, the project has earned its place in the market by achieving remarkable milestones. According to Omni’s Trust OAG ratings, Divi ranks third, competing with bigwigs such as PIVX and Dash.  Moreover, Divi’s mobile wallet intends to support crucial features such as ACH (Automated Clearing House) banking, third-party engagements with SDK (Software Development Kit) and earning opportunities.
The article will help you gain valuable insights into the core ideas powering the financial ecosystem and how Divi functions in unison towards democratizing and decentralizing finance across the globe. This article speculates about all the factors around the Divi blockchain platform, with an in-depth approach to the following questions.

What is the Divi Blockchain platform?

Divi is a Proof-of-Stake (PoS) network that relies on masternodes to secure the network. It features a native token, called DIVI, that users can stake on the network in exchange for inflation rewards or use as the in-network currency. Divi’s vision is to make cryptocurrencies safe, user-friendly, and accessible. It aims to accomplish this goal by offering several financial services that leverage its blockchain and DIVI token, including a digital wallet, currency exchange, and debit card (Divi Card). The Divi Project coin (DIVI) is a cryptocurrency, which undergoes the swapping process from DIVX to DIVI, where 1 DIVX is being swapped for 100 DIVI.

Why is Divi necessary?

There is still plenty of scope for cryptocurrencies to grow globally. It is so because crypto and blockchain conceptually can redefine and reshape the financial future with its major mass adoption. Crypto needs to offer everyday usability where a user can use a crypto stash to pay in cash, credit card or any other medium.

Divi identifies usability and accessibility as the major pain points that have slowed down cryptocurrencies’ mass adoption. Hence, Divi provides a user-friendly platform solution to overcome these pain points. Incorporating fiat and other cryptocurrencies enable users to set up a bank account, debit card and other financial tools for day-to-day payment feasibility. Divi is a vast blockchain ecosystem with an innovative set of services to fulfill the following objectives.

How does Divi work?

The Divi project is a completely decentralized network that runs on an autonomous organizational structure. The system is irrelevant to ownership as the entire community is responsible for governing it. It is possible through a PoS (Proof of Stake) consensus algorithm. This consensus serves the users as a medium to exchange value or access goods and services available on Divi Project.

The staking nodes run the nodes and commit to a block by attaching a small “Proof of Work” (PoW) to a specific transaction. Thus, the PoW only commits to the transaction output being spent, including the node’s stake and the transaction’s timestamp. It also acknowledges the block rewards earned by that node, which get added to a block’s list of transactions. The block gets built independently of this constructed PoW. However, the block’s signature must match the same public key used to develop the proof-of-stake mechanism.

The Divi network also comprises a second layer network of master nodes that process private and near-instant transactions. The masternodes secure the copies of the blockchain and contribute to the validation of the transactions. All the masternodes in the network work together to ensure the proper functioning of the network.

They offer five levels of participation depending on the amount of Divi tokens held by the user. The users can select affordable masternodes and stake coins for supporting network security. Each tier corresponds to an increasing number of blocked Divi coins. The higher the tier chosen, the more rewards get generated. This system increases the decentralization of the Divi network, multiplying the number of Divi Coins holders and distributing the cards among multiple participants.

A master node system also encourages participation by holders of DIVI. Master node holders and other stakers in the network who hold more than 10,000 DIVI become eligible to win a lottery block once per week. It offers a reward to one successful miner of 252,000 DIVI, plus rewards to ten others of 25,200 DIVI.

The Divi blockchain project describes itself as a “novel solution” to solve the lucrative problems in the crypto space. The upcoming monetary digitization would witness the largest transfer of funds ranging in hundreds of trillions of dollars. The Divi Project will be the first to market with a truly viable solution. Therefore, it has adopted multiple unique features that help set it apart from other blockchain platforms. Here’s a list of the most distinguishable features of the Divi blockchain.

On the technology front, Divi deploys a “tiered masternode system.” This unique system comprises five levels of masternodes that can be easily set up with a single click. Each tier contains different collateral prices. It starts with the lowest level, such as Copper for 100,000 DIVI, and ranges to the highest, Diamond for a cost of about 10,000,000 DIVI. The different tiers provide rising bonuses ranging from 21.5% to 25.8% APR. Each of these tiers corresponds to a progressively higher number of blocked Divi coins. Hence, the higher a tier is, the higher are the earned rewards by the corresponding masternode.

Through the Masternode One-Click Cloud Install, users can set up their masternodes using a single click. The MOCCI (Masternode One-Click Cloud Installer) technology is highly functional, where any user can install the masternode service on their computer devices through cloud installation. A Divi Node calculator  identifies an approximate amount of earnings the full nodes will garner.

Masternodes run 24/7 and the coins they commit remain in their wallet, within their control, but cannot be spent while funding for the masternode. These nodes communicate with each other to maintain a copy of the blockchain and execute transactions. Masternode owners select their level of commitment to support this network and are paid based on:

This handy feature enables the average users to participate in a cryptocurrency network and run full nodes without technical expertise. This ease of owning a masternode is a big leap forward to make crypto safer, mass accessible, and user-friendly for everyone.

Most of these settings automatically adjust to voting results, while others need software upgradation before changing them.
Stage 2: Proposals
The community members can type up spending proposals themselves and bring them to a vote. Moreover, they also get the right to elect some of Divi’s leadership and vote for funding proposals.
Stage 3: LeadershipThe Divi Project leads the DAO governance, forging a new path for larger mass adoption.

The Divi ecosystem includes the Ux-focused Smart Wallet to improvise socialize and humanize financial experiences. It is designed to eliminate most user errors, making it suitable for even inexperienced crypto users. It is used in combination with unique saving features to complement the multi-layered masternode system on the blockchain. The wallet attaches profile information, names, metadata to each transaction on the blockchain.

As a result, users can transfer money to verified profiles with personalized characteristics, thereby reducing the possibility of losing funds or sending funds to the incorrect recipients. Smart wallets overcome this barrier by allowing users to associate each wallet’s public key with a unique name of their choice, which others can use to send funds or connect with them. Divi smart wallet delivers the following valuable characteristics.

Divi introduces a novel “lottery blocks” feature to reward participants using their resources to support the network. An incentive reward system enhances participation and security in the Divi network to locate and exchange coins in the ecosystem. This feature undergoes the following lottery cycle strategy.

Numerous businesses use cryptocurrencies for executing transactions, which creates a scaling problem. Although blockchain runs ten times faster than Bitcoin, that is still insufficient. Divi platform plays a crucial role in improving TPs in the following manner.

Vaulting delivers various savings opportunities and secures funds in a time-locked account that remains inaccessible to everyone, including the funder. It is highly secured compared to a safety deposit box. Even under the threat of coercion or extortion, a user cannot remove the coins until a specific date and time.

LeewayHertz offers the following set of development services to help businesses implement, run and experience the benefits of Divi blockchain.

Divi is a vast project with a multi-layered ecosystem, intending to revolutionize the financial sector by removing crypto adoption barriers. Divi blockchain holds an immense potential to gain a strong foothold for extending smart financial inclusivity to the unbanked population.

Earning opportunities through Divi nodes and smart wallet offers the opportunity to investors for reaping their profits with the highest returns. Divi Project finds itself in a perfect spot to reach the untapped cryptocurrency markets and change the perception with a blend of blockchain technology and smart finance.

If you are looking to stake with Divi coins and build your complete financial ecosystem with smart wallets, contact our experts to explore our potential of using the Divi blockchain platform for your project.