A Detailed Guide On Avalanche Network 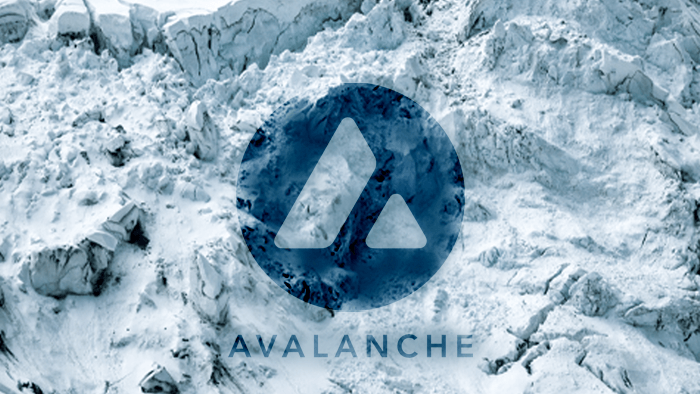 As we already know, Bitcoin could only facilitate the decentralized, peer-to-peer cryptocurrency payment system. In contrast, Ethereum set a high standard by providing an open-source blockchain protocol powered by smart contract integration. It also enabled diverse use cases such as DeFi applications, NFTs, dApps, and DAOs. Likewise, every latest blockchain platform has a different roadmap to follow to survive in the extremely competitive Blockchain space.

Avalanche is another new yet feature-rich and blazing-fast blockchain platform gaining immense popularity across the global Blockchain community. The high-performing network also appears to be the fastest eco-friendly smart contract platform (as measured by time-to-finality). It is designed to solve scalability issues and shortcomings of first and second-generation blockchains like slow transaction speed and security. However, the Avalanche features are not limited to dealing with the existing blockchain problems. The platform thrives as an open-source, fast, and cost-effective POS-based protocol. Anyone can develop their decentralized applications, smart contracts, and DeFi apps according to precise customization needs.

Avalanche also launched its authorized ‘Avalanche consensus model’ that can be slightly confusing. So, we will discuss this consensus mechanism in-depth later in the article. In addition, we will explain everything about Avalanche, including the answer to ‘what is Avalanche network,’ the basic concept, vision, development opportunities, features, and many other crucial aspects.

Avalanche is a powerful, programmable, and the fastest (as measured by time-to-infinity) smart contracts platform launched in 2020. The owner of Ava Labs and Cornell University computer science professor Emin Gün Sirer founded the Avalanche project to offer a secure, flexible, and scalable ecosystem for decentralized applications. The platform allows anyone to develop custom-made applications on blockchain and leverage the extreme advantages of the Avalanche consensus model. Facilitating such millions of users is undoubtedly a challenging task. The platform supports custom virtual machines like EVM and WASM and uses popular GO programming language.

To easily explain the concept, we can say that Avalanche is similar to renowned Blockchain networks such as Cosmos and Polkadot, but the platform standout with higher throughput, a huge number of active validators, the highest sub-net transactions, and the potential of employing multiple custom VMS through the unparalleled decentralization of Avalanche consensus. As a result of such unique offerings, the Avalanche ecosystem is expanding rapidly, with major enterprises, private institutions, governments, and financial institutions adopting the technology of Avalanche protocol to streamline their core functioning.

How does Avalanche work?

Avalanche implements the Avalanche consensus protocol, which is relatively simple and fully sustainable. It’s the backbone of the Avalanche network and, of course, a breakthrough in the Blockchain community. It acquires the feature of Classical (focused on speed and energy efficiency) and Nakamoto consensus (focused on scalability and decentralization). Although the model follows POS closely enough, the new consensus protocol has few differences. Let’s explore the entire system:

Under this system, a large group of validators shares information to validate the transaction and agree to a decision.

No matter how many nodes are involved in the validation, consensus reaches within a certain timeframe, representing the fastest operation.

To attack the Avalanche network, one must hold at least 80% of the stakes token. It improves the security of the network.

The transactions in the Avalanche consensus model gets validated in the following manner:

Also, note that every other transaction that conflicts with the accepted transaction is subject to be rejected. The approach eases off the validators’ job as they don’t need to analyze things from the beginning.

The model allows Avalanche to process up to 4500 TPS per subnet, and it offers a finality clock of even less than three seconds. The speed is remarkable since Bitcoin completes 7 tps and 1-hour finality and Ethereum allows 15tps and 10 minutes finality clock. Did we miss something here? Yes, the mechanism of the primary Avalanche network is explained below:

Avalanche secures the two blockchains (P-Chain and C-Chain) through the ‘Snowman’ consensus. Snowman consensus is an enhanced version of Avalanche consensus designed mainly to provide and power smart contracts. This way, the Avalanche network works and upholds the entire system.

What opportunities does Avalanche bring along?

Avalanche brings along infinite opportunities for the users. In terms of development and convenience, the network offers three main opportunities:

Avalanche protocol supports the development and launch of powerful Ethereum dApps. These dApps instantly confirm and processes thousands of transactions. The TPS speed Avalanche offers beyond the ability of other blockchain platforms.

Overall properties and components of the network, such as subnetwork model, Virtual machine, Ethereum-standard RPC calls, etc., improves the dApp performance and provide users with a superior experience.

Avalanche understand the diverse need of users. So, it facilitates the deployment of customized blockchain to fit distinct application needs. One can develop almost every core component mandatory for blockchain development, including VM that determines how the blockchain functions.

The network allows people to scale up to the millions of other validators engaged actively in the validation process. As soon as someone buys a token, he can immediately join the network and engage as a validator. Avalanche also doesn’t ask for highly configured hardware to allow people to join.

Launch your Avalanche project with LeewayHertz

What are the features of Avalanche?

Avalanche embraces solid characteristics that can assist worldwide users utilizing this heterogeneous interoperable network to develop tailor-made applications. Avalanche integrates its engine with sound architecture to cater to diverse needs. Based on research work and investigation about Avalanche, we have compiled the following features that regulate the entire Avalanche network.

Avalanche has been designed to be a revolutionary Blockchain protocol with massive scalability, efficiency, and robustness. Its core consensus engine supports and manages hundreds of millions of global networks interconnected via different low and high-powered devices. All these networks operate firmly in a peer-to-peer system without high latencies, ensuring high transactions per second.

Avalanche achieves high security and reliability. If we look back into history, classical consensus protocols could withstand up to force attackers but fail when the attackers are of size force +1 or even larger. In the same way, the Nakamoto consensus model cannot ensure security if 51% of miners are Byzantine. Contrary to both, Avalanche provides robust security unless the attacker is below a certain threshold. In this context, the system designer holds the ultimate right to determine the parameters of the threshold.

Avalanche guarantees further security by performing graceful degradation when attackers reach or exceed the threshold. Hence, the Avalance model turns out to be the first permissionless network to provide security with or even above 51% attackers.

Decentralization is the core principle of Blockchain technology and its emerging protocols. Talking about Avalanche, the platform was designed to offer excellent decentralization. This feature enables multiple client implementations across the network with clearly no centralized control. Essentially, Avalanche does not require users, developers, and miners to know or trust each other on certain terms. On such terms, Avalanche avoids disagreements among users of different interests and motives.

The Avalanche ecosystem is highly inclusive, allowing anyone to join the network and contribute to the validation process. The platform also follows the concept that says ‘more coins are equal to more governance rights.’ All these happen through the tokenomics of the platform, which powers the networks. Such democratic nature allows any token holder to become eligible to vote in making key decisions such as setting parameters and how the network will evolve. On the other side, Governable nature allocated a max cap of 720 million coins, which means that 720 million coins together create a deflationary asset for the holder and unlock immense governance benefits.

LeewayHertz offers a broad range of blockchain development services that help organizations adopt top-notch technologies and gain high competitive advantages. Accordingly, we have conducted in-depth research about Avalanche to develop sound strategies to utilize its industry use cases. What else makes us stand out is our ability to discover, analyze, and implement the latest blockchain protocols to keep pace with changing needs. We provide the following Avalanche development services:

Our team is specialized in developing DeFi Apps that are fully compatible with the Ethereum asset. These ready-to-go DeFi applications support trading of equities, commodities, Alternative assets, and more for the organizations using the blockchain network.

Our developers stay updated with the advances in the Avalanche model and new adoptions. We develop solidity-based smart contracts through EVM (Ethereum virtual machine) and deliver services, including architecture, designing, auditing, and implementing smart contracts.

Our team can design an easy-to-use and secure Avalanche wallet to send, receive, and swap assets on the network. We work according to the client’s needs and try to add relevant features to ensure perfection.

For enterprises using Avalanche or any blockchain platform, our team develops solidity-compatible dApps. These applications enable quick transfer of Avalanche and Ethereum assets among various blockchains.

Avalanche gathered much hype within a few years, and it is moving fast towards shaping the future of the blockchain development industry. Although there are various reasons behind such overwhelming popularity of the platform, excellent scaling capacities, valuable consensus protocol features, and prompt confirmation times are the leading reasons. And, to achieve even bigger success, Avalanche will add a range of unique features to expand the network and improve the existing user experience.

The frequent updates rolled down on the Avalanche improve the platform in each aspect, making it more accessible for the developers, helping them in building innovative applications by adding new use cases. All in all, Avalanche is all set to rise and shine.

If you are looking for Avalanche development services or need consultation on blockchain development, then contact LeewayHertz. We are here to help you get the right Avalanche solution.