All About Blockchain Scalability Solutions 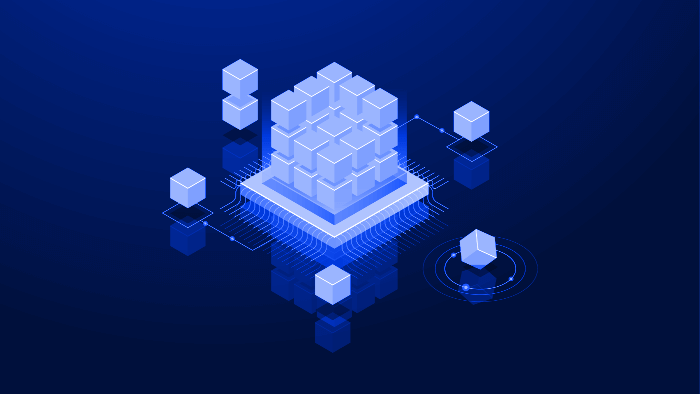 Listen to the article
What is Chainlink VRF
What is Chainlink VRF
What is Chainlink VRF
<iframe src='https://www.leewayhertz.com?action=embed_zoomsounds&type=player&margs=eyJzb3VyY2UiOiJodHRwczpcL1wvZDNsa2MzbjV0aDAxeDcuY2xvdWRmcm9udC5uZXRcL3dwLWNvbnRlbnRcL3VwbG9hZHNcLzIwMjFcLzEyXC8wMzAwMjQwNVwvYmxvY2tjaGFpbi1zY2FsYWJpbGl0eS1zb2x1dGlvbnMubXAzIiwidHlwZSI6ImRldGVjdCIsImFydGlzdG5hbWUiOiIiLCJkenNhcF9tZXRhX3NvdXJjZV9hdHRhY2htZW50X2lkIjoiNjI1NjQiLCJwbGF5X2luX2Zvb3Rlcl9wbGF5ZXIiOiJkZWZhdWx0IiwiZW5hYmxlX2Rvd25sb2FkX2J1dHRvbiI6Im9mZiIsImRvd25sb2FkX2N1c3RvbV9saW5rX2VuYWJsZSI6Im9mZiIsIm9wZW5faW5fdWx0aWJveCI6Im9mZiJ9' style='overflow:hidden; transition: height 0.3s ease-out;' width='100%' height='180' scrolling='no' frameborder='0'></iframe>
Blockchain being a catalyst technology in software development has acquired traction from various industries around the globe. Blockchain technology offers some notable benefits: autonomy, data auditing, asset tokenization, immutability, transparency, and the most important, decentralization. Although Blockchain supports the technological world in so many ways, it still lacks scalability resulting in latency when one thinks of adopting blockchain technology in their business or startup.

What is blockchain scalability?

Scalability refers to a computer system’s ability to manage an increasing quantity of work (e.g., a database or search engine). A blockchain network does not scale effectively or has low scalability with a huge amount of data. Blockchain lacks sufficient efforts to alter the system to cope with the increasing workload, data and resources (e.g., computing power, servers, or bandwidth).

However, the term “scalability” has a far larger variety of implications in the context of Blockchain. Surprisingly, the word “blockchain” has not been thoroughly defined academically. For example, in one of the most influential papers on blockchain scalability, any enhancement to Bitcoin in terms of throughput, latency, bootstrap time, or cost per transaction was referred to as “scaling,” and the ensuing blockchain system was referred to as scalable.

Although their throughputs vary substantially, several blockchain systems can be deemed “scalable”. It is important to note that the term “scalable” is a comparative phrase in the Blockchain. When a blockchain system is said to be scalable, it achieves a greater TPS than other current systems by tweaking its consensus method and adjusting specific system characteristics.

What is the problem of blockchain scalability?

The inability of public blockchains to scale is impeding the supply of optimal solutions to enterprises and industries. A centrally regulated system underpins many internet transactions between people or corporations (or controlled by a third-party organization). A bank or a credit card provider, for example, may operate as a third-party company in the execution of a digital payment or money transfer transaction between two entities (or individuals). The third-party vendor charges every successful transaction a fee.

The third-party controls and manages practically all of the stakeholders’ information participating in the online transaction in a consolidated way. This method necessitates the involvement of a third party to ensure the transaction’s security. On the other hand, Blockchain is an immutable distributed ledger of cryptographically signed transactions maintained by a peer-to-peer network, where no third party is necessary to handle the information and trust among network users is no longer a problem.

Scalability has been identified as the most significant barrier to establishing public blockchains in many real-world commercial situations. The scalability issue with Blockchain emerges mostly when the number of nodes and transactions increases. This problem exists in major public blockchain systems (Bitcoin and Ethereum) since each node must store and execute a computational activity to validate each transaction.

As a result, public blockchains constantly need immense processing power, high-speed internet connectivity, and vast storage space. Transaction throughput and latency are the two commonly debated blockchain performance measures, and both have yet to achieve a sufficient Quality-of-Service (QoS) level in many notable recent public blockchains.

Why is scalability in blockchain important?

Scalability refers to a network’s capacity to sustain larger transaction throughput and is a key criterion in blockchain networks. As a result, scalability is critical for Blockchain’s future growth. The increasing number of use cases and the adoption of blockchain technology cannot impair the performance of a completely scalable blockchain. Blockchains with decreased performance due to increased use may demonstrate a lack of scalability.

Furthermore, the blockchain trilemma dilemma suggests that obtaining increased scalability would come at the expense of decreased security and decentralization. At the same time, it is critical to remember that only scalability can enable blockchain networks to compete successfully with traditional, centralized platforms. So, is it feasible to create Blockchain scaling solutions that do not compromise security or decentralization?

Let’s explore the various Blockchain Scalability Solutions in the next section.

What are the various blockchain scalability solutions?

The most common answer to the question “how do you address a scalability problem in the blockchain?” would lead you to layer-1 solutions. The first layer, or layer 1 solutions, necessitate changes to the core blockchain network’s software. As a result, layer 1 solutions are often known as on-chain scaling solutions.

As a result, layer 2 solutions can play a significant role in tackling space and network congestion challenges. State channels and off-side chains are popular examples of second-layer solutions.

For extensive scalability solution development, get in touch with our blockchain experts.