All about Elrond protocol 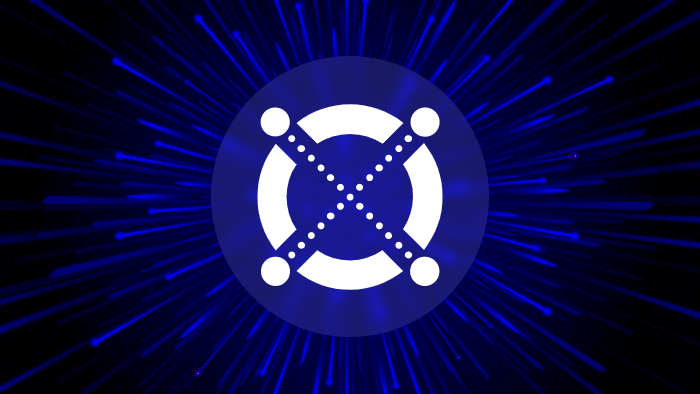 All over the world, conversations regarding the multifaceted prospects and use cases of blockchain technology in business are rife. Blockchain owes much of its success to people’s growing awareness of the benefits of decentralization. And it’s this desire to break free from centralization that provided the premise for a global wave of innovation in permissionless blockchain technology. However, most of the existing public blockchain iterations suffer from severe limitations in terms of scalability, which hinders their mainstream adoption and delays widespread public use. To address this and other pressing concerns associated with blockchain technology, Lucian Todea, Beniamin, and Lucian Mincu founded Elrond in 2017.

Elrond, by design, surpasses some of blockchain’s major limitations and achieves a higher throughput than even centralized digital payment companies like Visa do. In addition, Elrond dramatically reduces storage and bootstrapping costs to ensure long-term sustainability.

This insight talks about the Elrond protocol, the mechanism backing its massive scalability, and the benefits it offers businesses and developers.

Elrond is a fast, secure, and scalable blockchain protocol for decentralized applications, enterprise-level use cases, and the future internet economy.

It’s an open-source transaction platform that is revolutionary in its ability to exchange, validate, and document valuable data. It’s valuable for payment transactions, contract signing, and transfer of rights. Transactions on Elrond are decentralized, which eliminates the need for intermediaries such as governments, banks, and other third-party entities.

Elrond places great emphasis on security, which is evident from its network design built to withstand significant security risks such as Sybil and nothing-at-stake attacks.

Another important aspect of the Elrond blockchain that might interest businesses and developers is that its solution for smart contracts provides an EVM-compliant computational engine to ensure interoperability in an ecosystem that is striving for interconnectivity.

Elrond takes a giant leap forward in terms of energy utilization standards by being highly energy efficient. And it owes this quality to its compatibility with commercially available hardware. Another factor that allows it to conserve energy is its consensus mechanism (Secure PoS), which has helped it earn a better eco-balance scorecard than other popular blockchains such as Ethereum.

Here are some common blockchain challenges that the Elrond blockchain overcomes with its innovative public blockchain infrastructure:

Elrond reflects a complete rethinking of public blockchain infrastructure and is specifically designed to address the above-mentioned issues. However, it’s worth noting that Elrond’s capabilities rest on two key building blocks: adaptive state sharding and secure proof of stake.

How does Elrond resolve the problem of scalability?

The three most important characteristics of a mature blockchain network are scalability, security, and decentralization. Sadly, it’s not possible to achieve all of these simultaneously with our current state of technology. For instance, an attempt to improve decentralization could negatively impact security and scalability. Also, to boost scalability, a blockchain’s security and decentralization might have to be compromised. In fact, it’s nearly impossible to attain two of these qualities without making trade-offs with the third. In technical parlance, this state of fix is referred to as a blockchain trilemma.

Elrond resolves this trilemma with its unique modus operandi. It hits all three targets with a scaling technique called adaptive state sharding and its special consensus mechanism, secure proof of stake.

These mechanisms help the platform significantly grow its throughput or transactions per second, ensuring a massive increase in scalability. Hence, understanding these technological breakthroughs is imperative to gain a deeper insight into the working of Elrond.

Let’s begin by talking about adaptive state sharding and its role in the Elrond ecosystem. We will then discuss Elrond’s consensus algorithm—secure proof of stake.

Adaptive state sharding is based on the principle of division of work. And to understand it, we must first understand the following three types of sharding:

Adaptive state sharding resolves the problem of scalability by combining these three types of sharding and allowing parallel processing at all levels. The additional benefits it offers include improving communication within shards and boosting the overall network performance. The reason this mechanism is referred to as “adaptive” is that the total number of shards on the network is directly proportional to the number of nodes on it. As the number of nodes increases, the number of shards on the network also increases simultaneously. So no matter how large the network’s work volume grows, it will always have enough shards to handle it.

Elrond’s consensus-building approach is called secure proof of stake (SPoS). It’s a modified version of proof of stake that guarantees long-term security and distributed fairness. It can maintain a high level of security and eliminate computational waste with random consensus group selection. It considers miners’ “stake” and “rating” before accepting their blocks. This selection process involves randomly sampled consensus groups and a random shuffling of nodes to different network shards to prevent collusion. Although simple, this random selection process cannot be predicted or influenced.

The components of Elrond’s architecture

Much of what Elrond is capable of stems from its intelligent design structure. The most vital components of Elrond’s architecture include the following:

Validators are nodes on Elrond’s network that generate blocks and build consensus for transactions. They get rewarded for the work they do. However, they must use tokens to qualify as validators.

Shards are smaller parts of the Elrond network that aid in achieving scalability. Each shard has responsibility for a portion of the blockchain’s state.

The metachain runs on a dedicated shard and performs tasks such as authentication and finalization of shard block headers or facilitation of communication between shards.

Elrond uses EGLD (eGold), its native token, to pay for the execution of smart contracts, transactions, or rewards to validators.

Elrond is one of the most popular and powerful blockchains that solves the issue of scaling by parallelizing transaction processing with adaptive state sharding.

The Elrond blockchain can execute transactions in near real time with over 250,000 transactions per second (Testnet results). Such speed is essential for project developers who want to scale their blockchain projects.

During a transaction, the data is encrypted and stored on millions of computer nodes that make up the hardware framework for the blockchain.

Nodes are updated with every new data record at the time of its creation, and this data is protected from tampering by cryptographic processes.

Elrond uses secure proof-of-stake to maximize the security of the data stored on the blockchain. Validators are randomly selected to build consensus, and the selection can be done in less than 100 milliseconds. This randomized validator selection process prevents manipulation.

To make blockchain projects more accessible to the masses and keep prices competitive, transaction costs must be low. Elrond has a clear advantage in this area with negligible transaction fees compared to other payment solutions.

We offer Elrond-enabled smart contract development services for various dApps. Our services include design and implementation in addition to architecture and auditing.

Our blockchain architects have the expertise for developing enterprise-grade decentralized apps using Elrond. We, as a dApp Development Company help businesses gain a competitive edge in the decentralized applications world.

Our blockchain experts can help tokenize any asset using the Elrond protocol, providing transparency, trust, and efficiency. Tokenization reduces volatility and provides liquidity for a variety of assets.

Whether you need network maintenance services or want to migrate the existing solution to the Ethereum network, our team is constantly working to ensure that your solution stays up and running.

Blockchain is undoubtedly one of the most disruptive technologies of our time, and it has drawn attention from research as well as industrial communities. There have been numerous innovations in blockchain technology to make it more efficient for meeting real-world use case requirements. However, most blockchains that exist today suffer from limitations of high latency and low throughput in addition to compromised scalability. It is these limitations that Elrond protocol has resolved to address. Elrond is a next-level blockchain protocol that offers full decentralization, security, interoperability, and virtually unlimited scalability to its users. With its SPoS algorithm and a state-sharded architecture, Elrond is set to become the backbone of an open, permissionless, globally accessible internet economy.

If you’re searching for an experienced blockchain development company to build a blockchain dApp or integrate your existing app with the Elrond platform, we are the right development partner for you. Our blockchain experts will help you make your dream project a reality.