A Beginner’s Guide to Blockchain as a Service 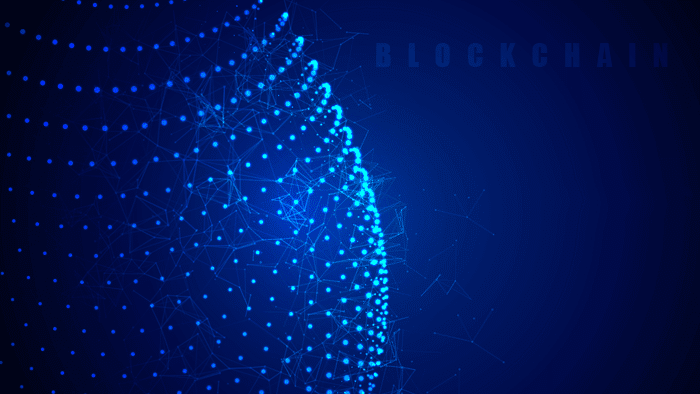 The speed, breadth and depth of advances in technology today have heralded the Fourth Industrial Revolution, which is by far the most extraordinary epoch in human history. The rate of technology disruption has pushed businesses and organizations to the razor’s edge, seldom leaving them with adequate time to nurture Information Technology (IT) skills in-house and build on-premises technology and platforms.

Enter the Blockchain-as-a-service business model and cloud-based deployments. Though these business models are not a panacea for all business challenges, they have succeeded in making IT transformation simpler and less risky for organizations whose core competencies remain in fields other than IT.

The emergence of Blockchain technology at such a juncture is no surprise, but while organizations are still grappling with questions about how to harness the power of the distributed ledger to their advantage, a number of enterprises, as well as startup technology firms, have already buckled up to offer Blockchain as a Service (BaaS) to help ease the adoption journey. In this article, we will discuss:

What is Blockchain as a Service (BaaS)?

Blockchain as a Service (BaaS)  is a type of blockchain service offering that allows business customers to use cloud-based solutions to develop, host and adopt their own blockchain applications, smart contracts and other relevant functions on the blockchain while the cloud-based IT partner or service provider manages all the required tasks and activities to keep the infrastructure up and running.

The emergence of Blockchain as a Service is a significant development and an essential milestone in the blockchain landscape, holding the promise to accelerate the adoption of the distributed ledger technology across businesses. Needless to say, the concept is based on and works on engagement principles similar to that of Software as a Service (SaaS).

Why Do Organizations Need Blockchain as a Service (BaaS)?

IT organizations across many industries are increasingly exploring the strategic advantages of adopting Blockchain technology. However, the inherent technical complexities, lack of domain expertise and the operational overhead costs involved in developing and operating the Blockchain, and maintaining the infrastructure often force key decision makers to go slow on adoption plans. However, BaaS is currently being viewed as a potentially viable solution to this problem.

Choosing the right Blockchain as a Service provider will give businesses the access to skilled Blockchain developers, process and governance experts as well as the entire cloud infrastructure for development and deployment, without having to worry about startup and overhead costs.

Also, a reputed BaaS partner in most cases is a rich source of practical experience and wisdom, which can be leveraged to make the systems more secure. It significantly limits the number of risks which one would have to deal with had it been developed in-house.

How Does the BaaS Model Work?

When an organization (customer) signs up for a Blockchain as a Service contract with an IT partner, they essentially enter into an agreement whereby the BaaS partner agrees to set up all the necessary Blockchain technology and infrastructure for the customer for a service fee defined in the contract agreement.

The Blockchain as a Service partner or provider deploys the essential resources and leverages the required technology and infrastructure to set up and maintain Blockchain connected nodes on behalf of the customer.

Based on the customer’s business requirements, the BaaS partner may configure the Blockchain network on any distributed ledgers such as Ethereum, Bitcoin, Hyperledger Fabric, R3 Corda, Quorum, Chain Core or BlockApps.

Furthermore, the Blockchain as a Service partner assumes the responsibility of maintaining all the critical Blockchain-related artifacts and keeping the infrastructure up and running. BaaS contracts also include support activities such as bandwidth management, optimization of resources, incident management, system health monitoring, as well as proactive security surveillance such as prevention of hacking attempts.

Using a Blockchain as a Service model, customers can focus on their core businesses and competition strategies while counting on the BaaS partner to handle the Blockchain infrastructure and its performance. Eventually, it empowers them to execute distributed-ledger workloads in environments that demand an impeccable degree of fault tolerance.

Cost of Self-Hosted Blockchains vs Cost of BaaS Offering

Cost models for BaaS vary depending on several factors, but at any rate, a Blockchain application hosted on premises is far costlier than BaaS offered on the cloud.

In the former model, the Total Cost of Ownership (TCO) for a Blockchain application is significantly high due to the start-up costs (personnel, infrastructure, hardware, software, licensing, consulting and so on), operational costs (management, monitoring, bandwidth expenses, cost per transaction and so on), and retirement costs (expenses related to archiving, decommissioning of server racks and so on).

The cost for developing and implementing a single Blockchain smart contract under this model can run up to several hundred thousand dollars.

On the other hand, a Blockchain application hosted in the cloud as part of a Blockchain as a service offering can be purchased for as low as $0.29 USD per allocated CPU hour (IBM Blockchain Platform for IBM Cloud). It is also commonly referred to as a pay as you go, pricing model, in which the customer only pays for the units of service used.

Nonetheless, the actual costs in this model depend on additional factors such as, but not limited to, transaction rate, the number of channels used, the payload size on the transactions, and the maximum number of concurrent transactions.

Similarly, the pricing for Amazon AWS Managed Blockchain service is based on factors such as network membership, peer nodes, peer node storage, data written to the network, and data transfer.

Likewise, Microsoft offers a tiered pricing model for its Azure Blockchain service. Each tier has an hourly rate based on provisioned transaction and validator nodes and provisioned storage in GB per month for a member.

The cost involved in most of the BaaS offerings primarily depends on the units of service consumed. Of course, when you partner with a third-party to configure your IBM, AWS or Azure Blockchain application, additional costs for consultation, solution development and any other support services will have to be taken into account based on your service contract agreement.

How to Handle Security Concerns Related to BaaS?

For enterprises exploring Blockchain for its increased security, the very idea of keeping data transactions on a public ledger is a big turn off. It is all the more critical in the wake of stricter data privacy and protection regulations in countries such as the US and the European region. The positive aspect of the entire scheme of things, however, is that Blockchain is generally seen as a step forward in the right direction.

Nonetheless, as elsewhere in the IT world, security is not an inherent characteristic. The distributed ledger technology uses public key encryption, hashing, digital signatures, and several other mechanisms to secure data and transactions. However, most of these become vulnerable when not administered correctly.

Glitches in securing a Blockchain or simple bugs in the platforms may cause serious disruption and lead to unforeseen situations, thus putting the entire system at risk. As such, before signing a contract, it is essential to thoroughly evaluate the BaaS vendor and assess the risks inherent in enlisting their services.

Even before going to the market with the requirements, it would be worthwhile for the IT department to clearly define the parameters and expectations from the services, including assurances and guarantees that might go into the contract.

Criteria for Selecting a Blockchain as a Service Partner

A lot of deliberations and evaluations go into the process of selecting a business vendor and when it comes to BaaS, this is going to be all the more rigorous because of the lack of readily available guidelines and best practices in the market. While the list of criteria can be endless, here are some broad pointers to consider when selecting a BaaS partner.

The Pros and Cons of BaaS

Like any other business or service offering, potential customers would always want to analyze the opportunities and threats associated with Blockchain as a Service before signing up with a service partner. Here are some of the pointers based on which you may draw some perspectives of your own.

Blockchain as a Service is a promising offering that can help your organization seize competitive advantage and make your business future-ready, without having to make significant investments in research, planning, resources and infrastructure. It also provides you with an opportunity to assume the role of a leader and pioneer among your peers in the industry. With the risks managed proactively, a trusted BaaS partner can help you take the next big technology leap.

To make your business processes more robust, efficient, and secure with the Blockchain, contact our experts and they will assist you through the entire process.

How to build an NFT marketplace on NEAR?

NEAR is a fast and scalable blockchain for NFT marketplace development with minimum carbon-footprint emission.

END_OF_DOCUMENT_TOKEN_TO_BE_REPLACED 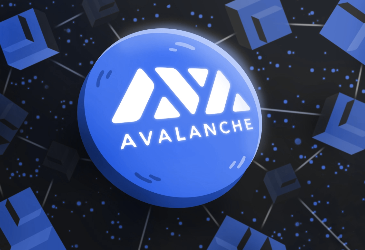 How to Develop and Deploy an Avalanche Smart Contract

Avalanche is one of the fastest, programmable and interoperable smart contracts platforms that permit anyone to develop custom-made applications, solidity-based smart contracts, NFT solutions etc.

END_OF_DOCUMENT_TOKEN_TO_BE_REPLACED 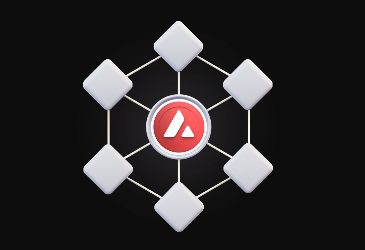 How to build a dApp on Avalanche blockchain

Avalanche is an open, programable smart contract platform for building solidity-compatible dApps that can immediately confirm transactions and execute thousands of transactions per second.