The Integration Of Blockchain And Cloud Of Things 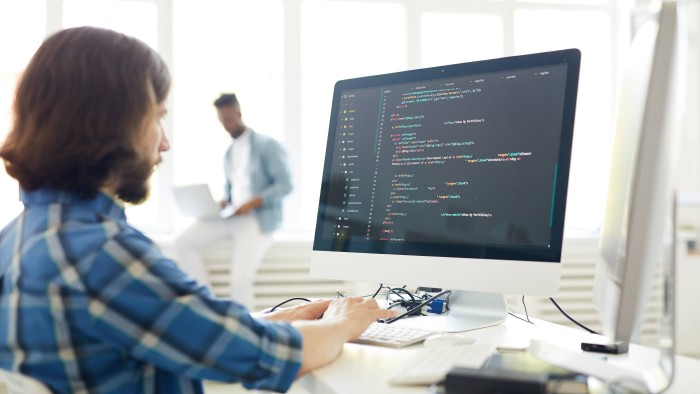 Rather than rendering centralized cloud systems irrelevant, integrating blockchain and CoT will better enable edge computing to process data at networks’ edges. Besides offering speedy, scalable, and secure computing, that integration should lead to fewer of the security and performance issues that have plagued centralized systems.

This article focuses on integrating blockchain and CoT, and will answer the following questions:

Let’s begin by taking a closer look at the world’s growing need for data management, processing, and security, and blockchain and the CoT.

In an article for Technology Magazine, Edge CEO Joseph Denne referred to two startling statistics. The first, taken from an Ericsson Mobility Report, is that approximately 29 billion connected devices will be in use around the world. The second, taken from Statista, is that over 75 billion IoT devices will be in operation by 2025. The associated increased need for edge computing that can handle data management and processing without being subject to the issues that are affecting centralized cloud systems.

CoT is a cloud-based IoT application platform known for its high performance. By integrating IoT with cloud computing (CC), the resultant CoT enables the remote controlling, managing, and monitoring of IoT devices. Some of the most common platforms include:

Without CoT, it simply would not be possible to store the data generated by IoT locally and temporarily. CoT also helps meet virtual resource utilization and storage capacity requirements. By processing IoT-generated data and making it more useful, CoT has contributed to the development of smart applications that are more advanced. Among the CoT application areas are smart home, smart city, smart mobility, smart energy, healthcare, and environmental monitoring.

The biggest CoT issues include:

Edge networks and integrated blockchain could help to overcome or at least mitigate several of those issues.

What Are Edge Networks?

With a regular, large, centralized data center (a cloud), data generated by IoT must make several ‘hops’ before the cloud validates it, which is already processing a massive amount of other data.

Edge networks are decentralized clouds that allow data to be processed at the edge, rather than after making several ‘hops’ before the large cloud validates it. This means better latency, which is good news for automated systems and robotics, as it results in improved responsiveness and performance. Blockchain could make edge computing even more effective.

As a refresher for the benefit of those who need it, blockchain is a powerful force in today’s technology infrastructures. Blockchain is popularly associated with Bitcoin, but the cryptographic building blocks were around long before the unveiling of the cryptocurrency. The reason an increasing number of industries use it to store, access, manage, secure, and reconcile data is because it avoids double counting, it’s streamlined, and it’s encrypted.

Blockchain functions as a ‘public ledger’ that includes a record of every transaction, and it’s distributed to the network’s edge. It requires the input of multiple distributed parties who agree on what is true or false, rather than relying on a central authority to make that decision. Once the ledger records that decision, anyone can access it. The need for the consensus of multiple parties to change the ‘ledger’ makes it impossible for individuals to alter the records of past transactions.

What are the drawbacks of CoT?

Traditional CoT infrastructure is often inefficient due to the following challenges:

What Will Integration Do?

According to Guardtime co-founder and CEO, Mike Gault, CIOs would be more inclined to move their mission critical processes to a cloud if they are assured of:

The supply chain needs to be secure, and it should be possible to verify every step in that chain in real-time, especially when something goes wrong. This would make it possible to find and address the cause of the issue.

If integrating blockchain and CoT has occurred, all movement of data, and the processes it undergoes, are entered into the blockchain. Anyone who has access to the blockchain can verify where the data went, how it was governed, who accessed it, and what happened to it.

An integrated blockchain-cloud system would offer total traceability for the latter, and it would give cloud-based systems an extra layer of security. It would mean cloud users and administrators are accountable for their actions, that regulators could audit all processes involved, and all others with access to the cloud could verify the nature and time of all data transactions.

To put it in a nutshell, blockchain offers solutions to CoT challenges such as data privacy, decentralization, and network security. CoT offers scalability functionalities and the elasticity that can make blockchain more efficient. Together, as BCoT, they could enable various applications in many scenarios.