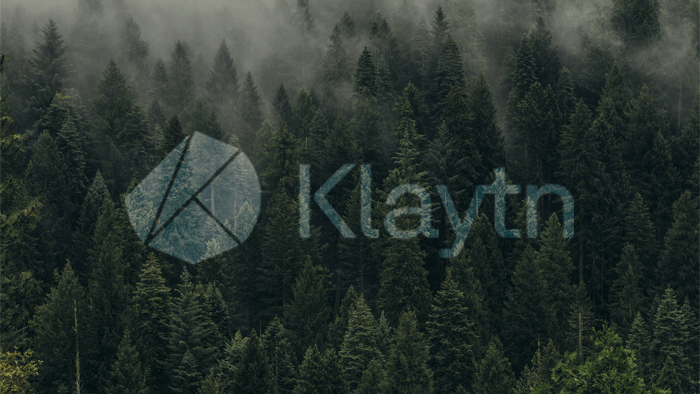 What is Chainlink VRF
What is Chainlink VRF
What is Chainlink VRF
<iframe src='https://www.leewayhertz.com?action=embed_zoomsounds&type=player&margs=eyJzb3VyY2UiOiJodHRwczpcL1wvZDNsa2MzbjV0aDAxeDcuY2xvdWRmcm9udC5uZXRcL3dwLWNvbnRlbnRcL3VwbG9hZHNcLzIwMjFcLzA5XC8yOTA1MDUwN1wvS2xheXRpbi0ubXAzIiwidHlwZSI6ImRldGVjdCIsImFydGlzdG5hbWUiOiIiLCJkenNhcF9tZXRhX3NvdXJjZV9hdHRhY2htZW50X2lkIjoiNjI1NjQiLCJwbGF5X2luX2Zvb3Rlcl9wbGF5ZXIiOiJkZWZhdWx0IiwiZW5hYmxlX2Rvd25sb2FkX2J1dHRvbiI6Im9mZiIsImRvd25sb2FkX2N1c3RvbV9saW5rX2VuYWJsZSI6Im9mZiIsIm9wZW5faW5fdWx0aWJveCI6Im9mZiJ9' style='overflow:hidden; transition: height 0.3s ease-out;' width='100%' height='180' scrolling='no' frameborder='0'></iframe>
The blockchain is uniquely changing the world. It’s now changing how we save, access, and use data to better the never-ending cycle of technological advancement. It helps businesses, governments, and other organizations better manage their workflow and enhance their systems by providing better solutions. It also influences other elements of our technology, such as how we establish network trust. There are various methods of regulating the blockchain: private, public, consortium, and hybrid. The hybrid blockchain combines the advantages of both private and public blockchains. Instead of changing their goals due to technological limitations, this gives companies more control over what they want to achieve. The hybrid blockchain is best characterized as combining the greatest features of both private and public blockchain systems. In an ideal scenario, a hybrid blockchain would provide both regulated access and freedom. The hybrid blockchain architecture differs from other blockchain architectures in that it is not available to everyone but still provides blockchain benefits such as integrity, transparency, and security.

Blockchain technology may be used in both financial and non-financial applications. It is difficult to tamper with data or hack into the system using blockchain. The public blockchain’s openness brings individuals from all over the globe together, but the private blockchain guarantees that a closed ecosystem may also benefit from blockchain capabilities. Klaytn platform is one of the most recent Hybrid blockchains to emerge. Klaytn is a hybrid blockchain ecosystem for businesses that deal with a variety of service-related concerns. Let’s take a closer look at Klaytn and how it works. Sections of this page will provide a comprehensive description of Klaytn, its components, and LeewayHertz’s Klaytn development prospects.

What is Klaytn network?

Klaytn, Kakao’s worldwide public blockchain initiative, is an enterprise-grade, service-centric platform that provides millions of people with a user-friendly blockchain experience. An efficient ‘hybrid’ architecture combines the greatest characteristics of both public (decentralized data and control, distributed governance) and private (low latency, high scalability) blockchains. Klaytn is protected by several well-known businesses worldwide, which have collaborated to build a secure business platform based on a decentralized trust system. Klaytn is a blockchain-based platform that enables companies and entrepreneurs to grab value now. GroundX created Klaytn, which is the future.

In Klaytn’s notion, Blockchain Applications (BApps) are treated as first-class citizens. They try to provide the best level of performance and productivity in an environment that appeals to a wide range of engineering audiences, from micro startups to large corporations. bApp designers will be liberated to give the best experience for their customers. Thanks to a combination of Klaytn features such as low-latency network responsiveness, reliable yet powerful transaction throughput, flexible scalability through Service Chains, and transaction fee subsidization for end-users. Furthermore, the Klaytn network’s easy compatibility with conventional corporate assets (through Enterprise Proxy) provides a rapid onramp for teams looking to add blockchain capabilities to their existing products.

Klaytn is a worldwide public blockchain platform created by Ground X, the South Korean social media company Kakao’s blockchain subsidiary. Klaytn, a blockchain developed by Kakao, was built with modular network architecture, making it an interesting business blockchain option. Its modular network architecture makes it easy for enterprises to create and run service-oriented blockchains based on the Klaytn architecture. Service Chains are autonomously run sub-networks that form the backbone of Klaytn’s enterprise-friendly environment. Because of the flexibility and customizability of these Service Chains, any online service may be built on Klaytn. However, initiatives based on gambling or financial speculation are not permitted.

Klaytn’s mainnet launched in June 2019 and immediately attracted more than 40 Initial Service Partners (ISPs) from a wide range of sectors and use cases, including entertainment, e-commerce, healthcare, and finance. These ISPs are from various nations and were chosen for the quality of their blockchain-based services and the size of their current user bases. Humanscape, a data marketplace for patient-generated health data; Atlas, blockchain-based travel content and transaction platform built by Chinese luxury travel business Zanadu; and REDi, a blockchain-based marketplace for innovative and sustainable energy; are all examples of ISPs thus far.

What are the objectives of the Klaytn network?

Klaytn is a BFT-based public blockchain with excellent performance and enterprise-grade dependability. The following are important design objectives:

What are the fundamental features of the Klaytn mainnet?

On June 27th, 2019, Klaytn released its mainnet, Cypress, with the following characteristics,

Which are the Klaytn’s three distinct logical subnetworks?

According to the functions and goals listed below, Klaytn is divided into three logical subnetworks.

How does Klaytn generate and propagate the blocks?

The architecture of block creation and propagation and the consensus method employed all have a part in lowering the latency of a blockchain platform.

What is multichannel propagation on Klaytn?

The degree of congestion on a network has a significant impact on its delay. Assuming that the network’s throughput remains constant, the network’s latency will be proportionally delayed as the number of transactions increases. Users of conventional mobile applications or web services will not accept more than a few seconds response times, and blockchain services have no reason to anticipate a greater user tolerance.

To deal with network congestion, Klaytn uses a multichannel strategy. Klaytn network can transmit freshly produced blocks in a timely way even when the network is heavily congested with many transactions by designating distinct propagation channels for transactions and blocks. Klaytn assures that bApps on its network can respond to end-user queries despite sporadic network traffic surges in this way.

What are the various smart contract components of Klaytn?

Klaytn is working hard to create a world that is transparent and fair owing to blockchain technology. Klaytn’s proposed notion of the digital property will help create a world where distribution is fairly based on contribution, which is a solution to the current society’s major distribution problem. Because Klaytn is a platform, the blockchain services that are implemented on it are the primary characters.