Everything you should know about Hathor Network 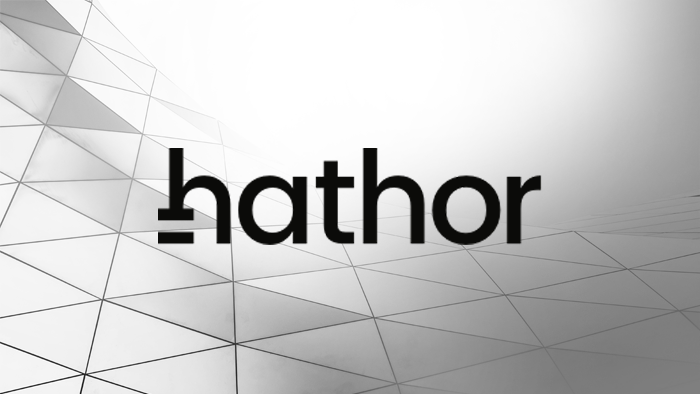 One of the new entrants in the world of cryptocurrency is Hathor(HTR). It is a proof-of-work blockchain-based digital platform designed for lightweight financial transactions and contracts. Since its launch in 2020, it has been in the spotlight for its unique and entirely novel architecture. Hathor Network has put forward modest value propositions that can resolve the problems of scalability and decentralization maintenance, which are otherwise common in distributed ledger networks like that of Bitcoin and Etheruem.

Within a few years of its introduction, the bitcoin blockchain was acknowledged by the industry as a revolutionary technology for enterprises’ needs. But while exploring it for real-life applications, bitcoin’s base design was found limited in terms of both scalability and applications. When transaction volumes grow in the bitcoin blockchain, it starts facing limitations on different grounds, like storage and network bandwidth gets low; consumption of computing power and electricity for ‘Proof of Work’ massively increases; mining becomes concentrated among a few sophisticated miners only: cryptocurrency value dips in eventually. Another typical issue is the high transaction fees.

Does the anatomy of Hathor Network overcome these kinds of limitations? If yes, then how it does that? What are its novel features that are lacking in other mainstream blockchains?

This insight deep dive into every aspect of Hathor, especially focusing on its comparative analysis with other mainstream blockchains.

What is Hathor Network?

Most simply, Hathor can be described as a scalable and easy-to-use distributed ledger to support light financial transactions and contracts. It is also a consensus platform, but its architecture is novel; it is a hybrid one designed by combining Directed Acyclic Graph (DAG) and blockchain technologies. Basically, it is a blockchain inside a DAG, and both are intertwined. When the number of transactions is low, the blockchain ensures security, and when the number increases significantly, DAG takes over.

This hybrid architecture creates the perfect environment for multiple use cases, especially where high scalability is needed. How DAG and Blockchain, when put together, improve the scalability of the Hathor network will be discussed shortly. Before that, here defining a few features of Hathor that make it different from other platforms.

The makers of Hathor have introduced it as a ‘Scalable distributed ledger for real-world applications.’ It has been designed to resolve quite a few issues prevalent in current mainstream blockchains, for instance:

Here defining how the novel architecture of Hathor functions and achieves high scalability.

What is unique about Hathor Novel architecture?

Hathor Network comprises DAG and Blockchain, both are distributed ledger or databases, but there is a difference in their structure. While blockchain forms a linear chain of blocks in chronological order, DAG is like a tree; where transactions branch out from one transaction to another, and so on.

In the Hathor network, when the number of transactions per second is low, blockchain gets into action to validate the transactions using Proof of Work consensus, a highly secured validation protocol. But, the proof-of-work (POW) system has one major limitation: blocks cannot be created simultaneously. And that is the cause of blockchain’s poor scalability when transaction volume increases. In the blockchain, one block gets created at one time; all the transactions happening around the same time get stored in the same block. Thus, the mining gets complicated, validation takes time, and scalability drops. Also, as one block links to another, only one linear chain exist in the whole network.

How does the validation of transactions happen on Hathor?

How Hathor Network Validates Transactions at a Faster Pace?

Multiple transactions are mined into blocks in the blockchain, and sequences for the transactions are maintained with ‘hashes’ between blocks. But in DAG, every transaction gets directly involved in maintaining the sequences. When a transaction takes place, it has to link itself with a previous transaction to maintain the validation sequence. This makes it block-less and skips the process of mining. This makes the validation process fast and also cuts down the need for mining equipment and lowers energy consumption. In a nutshell, Hathor’s architecture takes the middle way between the ones from IOTA and Bitcoin.

Not just the validation process, but creating a custom token on Hathor is also pretty easy and fast. Gas, the fee paid to validate the transaction and to add the blocks to the Ethereum blockchain, Solidity, the contract-oriented programming language, ERC 20, the standard for creating contracts, all these paraphernalia are necessary to create coin or contract on Ethereum network but Hathor network eliminates or at least reduces the need for these.

What are the two main features of Hathor Network?

Custom Tokens: Over the Hathor network, one can create their own digital token with customized specifications in just one click. These custom tokens operate with the same security parameters and scalability as native HTR tokens. The value of these tokens works independently of the price of 1 HTR. The use cases of custom tokens are multiple, such as:

Nano Contracts: Using nano contracts, two or more people can transfer their funds to a special transaction over Hathor Network. Nano contract defines the rules of transactions, like how many tokens each participant of the contract will receive. And just like smart contracts, they are decentralized and not governed by any intermediary.

Different applications can be built on top of the novel flexible technology of Hathor. LeewayHertz offers a set of turnkey development services to help businesses implement, run, connect and adopt the benefits of Hathor mainnet and gain a competitive advantage.

dApp Development: Our team of developers has decade-long experience delivering effective dApps that are secure, trustless, scalable, rapid, and stable. The team has worked on multiple projects across different industries and verticals. Bringing in the same expertise to the genre of Hathor dApp development, our developers can help your business grow leveraging custom decentralized applications.

Wallet: Hathor is a white-label wallet that offers containers for wallet services to simplify the processes like sending and receiving tokens, creating custom tokens and exploring the transactions, etc. We are here to assist you in exploring the full potential of the Hathor wallet. We bring along vast domain know-how and rich experience of offering crypto wallet solutions, including secure crypto wallet development to other range of wallet services designed in accordance with specific blockchain containers.

Full Node setup: The pros of running a full node are known to all; it’s the full-proof way to maintain your trust on any blockchain network. Any break in consensus rules and your node will automatically reject a transaction. Likewise, there are numerous benefits of setting your own node in the Hathor network, including safety and privacy. Reach out to our team of blockchain developers for an end-to-end node setup solution.

Ready for the future offerings: Hathor has many interesting offerings in its pipelines, such as nano-contracts, oracles, side-dags, etc. Soon, these will be launched, and LeewayHertz is excited to work on them. We have rich experience working with similar Smart contracts and Oracles presented by other blockchains, and we are up and ready to explore Hathor.

Much of the Hathor network is still under development. But its roadmap has buddle of projects on the roll. Release of Nano contracts, NFT integration, and integrated transaction with other blockchains are some of the proposed plans of this decentralized network. Sources reveal that Hathor also has plans to implement side DAGs for 3rd party oracle incorporation.

As mentioned before, Hathor has grabbed the spotlight since its launch, and although a very new currency but it has the convincing potential to compete with other mature cryptocurrencies. Hathor has put forward ambitious plans, and in the crypto world, all eyes are set on them to witness whether they can pull these off and stand out.