A Comparison Of Various Blockchain Protocols 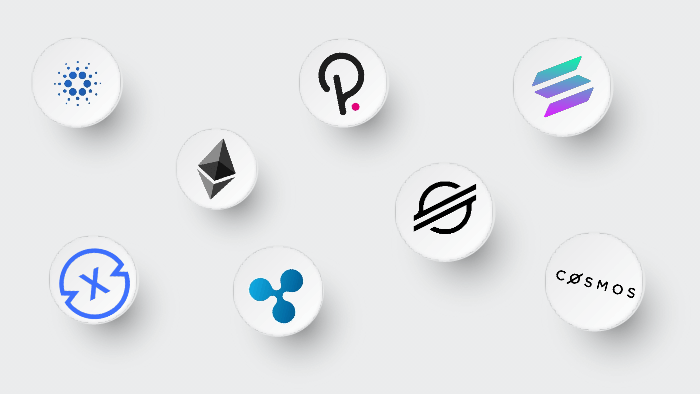 Listen to the article
What is Chainlink VRF
What is Chainlink VRF
What is Chainlink VRF
<iframe src='https://www.leewayhertz.com?action=embed_zoomsounds&type=player&margs=eyJzb3VyY2UiOiJodHRwczpcL1wvZDNsa2MzbjV0aDAxeDcuY2xvdWRmcm9udC5uZXRcL3dwLWNvbnRlbnRcL3VwbG9hZHNcLzIwMjJcLzAyXC8yNzIzMTMzOVwvQS1Db21wYXJpc29uLU9mLVZhcmlvdXMtQmxvY2tjaGEubXAzIiwidHlwZSI6ImRldGVjdCIsImFydGlzdG5hbWUiOiIiLCJkenNhcF9tZXRhX3NvdXJjZV9hdHRhY2htZW50X2lkIjoiNjI1NjQiLCJwbGF5X2luX2Zvb3Rlcl9wbGF5ZXIiOiJkZWZhdWx0IiwiZW5hYmxlX2Rvd25sb2FkX2J1dHRvbiI6Im9mZiIsImRvd25sb2FkX2N1c3RvbV9saW5rX2VuYWJsZSI6Im9mZiIsIm9wZW5faW5fdWx0aWJveCI6Im9mZiJ9' style='overflow:hidden; transition: height 0.3s ease-out;' width='100%' height='180' scrolling='no' frameborder='0'></iframe>
With the evolution of blockchain technology, various new decentralized platforms have surfaced now with distinctive features. Therefore, it is complex to analyze and decide which is the most suited one per the need of the business. Shortlisting and then selecting one appropriate blockchain protocol requires a lot of research, analysis and comparison. A parallel comparison of the blockchain platforms is important for the evaluation of the variety of features that they offer.

Blockchain technology, with its various types, serves as an encrypted repository of digital data. It functions and is maintained on the basis of the consensus mechanisms, distributed, decentralized and autonomous network of computers. With the help of a blockchain network, transactions are secured with the help of consensus mechanisms. For instance, the horizontal Proof-of-History keeps a track of the transaction process completely, thus, eliminating any sort of fraudulent activities on the network.

This article is a systematic breakdown of the various type of blockchains along with a parallel comparison for the comprehension of all the features they provide.

What are the various types of blockchains?

With businesses and start-ups increasingly integrating blockchain into their organization’s systems, the decentralized technology has been categorized into four main types based on its use cases:

A public blockchain is fully decentralized in nature, with no central authority in power. It is extremely censorship-resistant as anybody can join the network as per their wish, irrespective of the location and nationality. Therefore, public blockchains can never be shut down.

These blockchains are important for the enterprises that collaborate and share their data, but they do not want to indulge their confidential business data in the processes on a public blockchain. A private blockchain is way more centralized in nature as the various entities of the network are running the chain, thus having equal control over various participants and the structures of governance.

The hybrid ecosystem is possible because of the patented interchain feature. This feature allows the chain to connect with other blockchain protocols. With the help of a hybrid mechanism, the formation of a multi-chain network is easily possible. As they have the ability to run different public blockchains in a single go to increase the privacy of the transactions, they leverage the combined hashpower being utilized for the public chains.

Consortium blockchains are also known as federated blockchains. They allow any new participant on the block to connect the established structure and share data instead of beginning from the very start. With the help of consortium blockchains, organizations conveniently get solutions to secure their time and the cost of development.

Now that we are familiar with the four types of blockchains, let’s dive deeper into the features of the blockchain.

What are the fundamentals of blockchain technology?

The various fundamental features of decentralized blockchain technology are as follows:

Blockchains have a secure and fault-tolerant mechanism that is utilized to attain agreement on every block state of the blockchain ecosystem. The entire process of the consensus mechanism includes validating and authenticating every transaction that takes place on the network.

In simple words, consensus makes sure that the data on-chain getting saved in the ledger is valid and not tampered with. There are various consensus mechanisms like the Proof-of-Work (PoW), Proof-of-Stake (PoS), Proof-of-History (PoH), voting-based consensus, leader-based consensus, economy-based consensus, Proof-of-Authority (PoA) and Virtual Voting consensus to check on the accuracy of data and the malicious behaviour of any validator or miner on-chain.

Block time refers to the amount of time it takes in a new block creation on a blockchain platform. Transactions on a blockchain are broadcasted instantly but they are not trusted till they are linked to the next block in the series of the chain. Therefore, a low block time is always required for quick validation of the transactions, so that the network nodes do not have to wait for a long to confirm the transaction.

One of the most important components of a blockchain platform is forming an immutable ledger. It is convenient to hack and tamper the centralized databases as they require third-parties trust for securing them. But when it comes to the distributed ledger of the blockchain, it is impossible to alter any data on the blocks once they are written and saved on-chain. Therefore, the blockchain is immutable in nature and offers exclusive auditing when required.

Gas fees or the transaction fees in the blockchain is the amount paid by the users for their transactions to the miners to get them included on the blocks. The gas fees system functions on the basis of a demand and supply mechanism.

If the throughput is high and the demand for the transactions is more, then the miners will opt to include the transactions that are paying more gas fees as compared to the others. In case of high throughput the gas fee increases as per the demand-supply structure, thus compelling the users on-chain to pay more for quick processing of their transactions.

As the distributed blockchain technology is immutable in nature and is resistant to any sort of tampering of the database, it is held accountable for true and verified data of the processed transactions.

Therefore, blockchain helps in auditing the data. Instead of looking for various bank statements, auditors get the liberty of verifying the transactions directly from the immutable ledger that is available for the public view.

In the blockchain, we do not rely on intermediaries and directly function in a decentralized manner. Intermediaries charge some amount of fees for building trust between various parties. By scattering data across the platform, blockchain eliminates the central authority or administrator. Thus, in blockchain, the trust is built using the consensus protocols, where all the network nodes validate the transaction.

Now let’s understand the different use cases that differentiate the various blockchain platforms.

What are the use cases of blockchain?

There are various use cases of a blockchain in business as mentioned below:

Smart contracts are digital contracts that are written in codes and are self-executory in nature when some specific conditions of the platform are met. They are stored on the blockchain platform and are executed in an immutable and decentralized way. Therefore, smart contracts have codes that are unalterable once they are written. they function in the form of an agreement between two parties who engage in a transaction or trade taking place on the blockchain platform.

Decentralized applications built on blockchain are applications or programs that are run on P2P networks. dApps use smart contracts in the form of backends. With the help of a dApp layer in blockchain networks, good user experience and privacy in inculcated.

Different blockchains have their own dApps and some dApps are also interoperable in nature which means that function across different networks. dApps have immutable codes hence they are extremely secured and the codes can never be tampered. When executed by the active chain nodes of the blockchains, the dApps run with zero downtime. With the help of dApps, you can compute in a trustless and secure manner as the dApps are resistant to any central authority or censorship.

DEX are open exchange markets for assets based on blockchain. These markets directly connect the traders and eliminate the middlemen. DEX platforms utilize their immutable codes to secure transactions. There are various decentralized exchanges based on different blockchain protocols.

Another use case of blockchain in decentralized finance. This includes lending, borrowing, insurance, asset trading, etc. DeFi focuses on eliminating the intermediaries and building a financial platform that is transparent, open-source, permissionless and is autonomous in nature.

Various distributed ledgers have upgraded methods for scrutinizing the identity to verify who you actually are. Various blockchains are used for digitally storing identity documents. Thus, with the implementation of blockchain in identity monitoring and management, privacy is increased. Since the identity data is stored in the decentralized database, there is no central point of failure ever.

Now that we are familiar with the various use cases, let’s proceed towards the parallel comparison of different blockchains.

The initial generation of blockchains also lacked the feature of smart contracts. Similarly, other factors like interoperability and TPS is better in the third blockchain generation. This is why it is important that we do a tabular and comprehensive comparison of different blockchain platforms to understand their features and the growth of P2P networks for successfully implementing them in our businesses.

Check out the table given below for an in-depth comparison of the blockchain protocols.

The above comparison table is based on some fundamental parameters that will help you analyze and select one platform as per your organization’s requirements. The most important fact of the blockchain protocol comparison is that it is never permanent and evolves from time to time with new upgrades and consensus mechanisms. For instance, the second generation of blockchains evolved with a better consensus mechanism in the third generation of protocols. They used horizontal proof-of-work and parachains in the case of Polkadot, to address the scalability issues. Thus, a parallel comparison of protocols can never end and will continue to change with time for better analysis of the immutable blockchain technology.

For more guidance on blockchain protocols, reach out to our blockchain experts!

END_OF_DOCUMENT_TOKEN_TO_BE_REPLACED

How to Develop a dApp on Algorand?

Algorand is a smart contract-oriented, decentralized network designed to solve the blockchain trilemma of achieving speed, security, and decentralization simultaneously.

END_OF_DOCUMENT_TOKEN_TO_BE_REPLACED

How to build an NFT marketplace on NEAR?

NEAR is a fast and scalable blockchain for NFT marketplace development with minimum carbon-footprint emission.