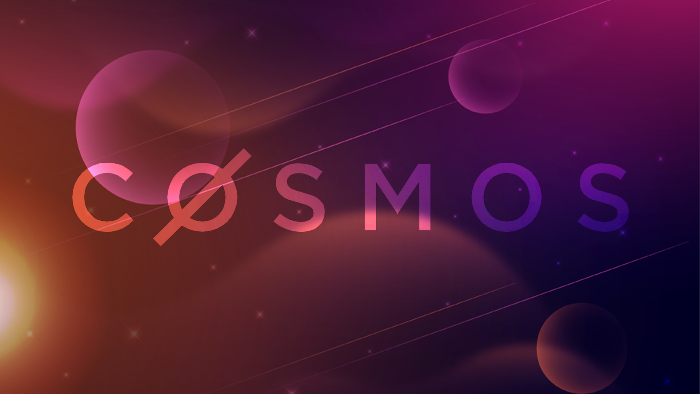 Cosmos blockchain is a decentralized network of independent parallel blockchains, supported by BFT consensus algorithms such as Tendermint consensus. Cosmos offers a set of tools and SDKs for developing and hosting a dApp in the Cosmos ecosystem.

Before the existence of Cosmos, blockchains were isolated and unable to interact with each other. Cosmos addressed this issue and resolved it, providing a new vision to the blockchain industry.

In this article, all the following important aspects of Cosmos are discussed in detail:

Cosmos is an ever-growing ecosystem of connected applications and services developed for the decentralized future. It is a community-owned and operated universe of connected services. The apps and services on Cosmos connect using Inter-Blockchain Communication (IBC) protocol. It enables exchanging assets and data freely across sovereign decentralized blockchains.

The main focus of Cosmos is on customizability and interoperability. Instead of prioritizing its network, Cosmos fosters the ecosystem of networks that enables tokens and data sharing programmatically without any central party facilitating the activity.

Every new independent blockchain created on Cosmos, named Zone, is tethered to Cosmos Hub. The Cosmos hub maintains the record of the state of each Zone. It is a proof-of-stake blockchain that is powered by its native cryptocurrency, ATOM.

The vision of Cosmos is to help developers to build blockchains easily and remove the barriers between blockchains by allowing them to interconnect. The end goal is to create a network of blockchains that can communicate with each other. Cosmos allows blockchains to maintain sovereignty, process transactions efficiently and connect with other blockchains in the ecosystem.

What problem does Cosmos resolve?

Decentralized applications built on the Ethereum blockchain are inhibited by the shared rate of 15 transactions per second. The reason behind it is that Ethereum still uses the Proof-of-Work mechanism and its dApps compete for limited resources of the single blockchain.

The problem is not limited to Ethereum but to every blockchain creating a single platform that would fit all use cases.

It provides methods for scaling blockchains. Tendermint BFT can handle thousands of transactions per second by optimizing its components and moving away from Proof-of-Work.

Even if the applications and consensus engine are highly optimized, the transaction throughput of a single chain goes down, which it can not surpass. It is the limitation of vertical scalability. Multi-chain architectures provide the solution to this limitation. Implementing multiple parallel chains that run the same application and are operated by a common validator set can make blockchains theoretically infinitely scalable.

Cosmos offers vertical scalability at launch, which is a major improvement on current blockchains and will implement horizontal scalability solutions after completing the IBC module.

What are the significant tools/ frameworks/ SDKs used by Cosmos?

It enables developers to write multi-chain smart contracts in Rust.

The Ethereum Virtual Machine was implemented as a Cosmos SDK module, making it possible to deploy proof-of-stake blockchains that support Ethereum smart contracts.

It is a library collection of different SDKs that allow any blockchain protocol developer to easily write/run/execute the programming code with the help of the provided SDK library.

Inter-Blockchain Communication is another protocol that provides a way by which one blockchain protocol can communicate with another blockchain protocol. It is used to build a wide range of cross-chain applications that includes atomic swaps, token transfers, multi-chain Smart contracts and data and code sharding of different kinds.

How does Cosmos work?

Cosmos is a three-layer network:

Cosmos uses open-source tools to tie all the layers together and enable developers to build blockchain applications.

The Tendermint BFT engine is the essential element of the layered design of Cosmos. It allows developers to create blockchains without having to code from scratch.

Tendermint BFT packages the consensus and networking layers into a generic engine and allows developers to focus on application development instead of the complex underlying protocol. Thus, Tendermint saves hundreds of development hours. It is an algorithm used by computers running on Cosmos to validate transactions, secure networks and commit blocks to the blockchain. It uses Application Blockchain Interface to connect applications through a protocol.

Tendermint Core uses Proof-of-Stake (PoS) mechanism that keeps the distributed network running Cosmos Hub in sync. The validator nodes first need to stake ATOM to power the blockchain and vote on changes. The amount of ATOM staked determines the voting power. Users are also allowed to delegate tokens to other validators, allocating votes to them while still earn a portion of the block reward. Validators, in turn, are incentivized to perform honestly.

The properties that make Tendermint BFT a state-of-art blockchain engine:

Once an IBC connection is created between a zone and hub, zones can automatically access every other Zone connected. Therefore, only a limited number of connections are required with a restricted set of hubs. Moreover, hubs prevent double-spending among zones. When a zone gets a token from the hub, it only needs to trust the origin zone of the token.

The principle behind IBC working is quite simple. Let’s understand with an example. Suppose an account on chain A has to send ten tokens (ATOM) to chain B.

As soon as IBC transfer is initiated, ATOM is locked up (bonded) on chain A.

On-chain B, the proof is verified against chain A’s header. If valid, 10 ATOM vouchers are created on chain B.

A similar process is used to unlock ATOM when they return to the origin chain.

We are the leading blockchain experts and provide decentralized applications development services based on Cosmos blockchain to our clients and help them maximize ROI and thrive in the market.

We have a well-versed team of blockchain developers who are experts in developing blockchain wallet applications. Wallets on Cosmos blockchain allow holding an array of currencies and digital assets and enables users to check balance and track the history. Cosmos SDKs, Libraries, toolkits and other resources help develop Web, IOS & Android wallets.

We create exchanges and marketplaces that allow anyone worldwide to buy, trade, invest and lend conveniently.

We create in-game assets that are available forever and bring lasting value to gamers by letting them take their loot to another game or into the real world.

In a nutshell, Cosmos is not a product, but an ecosystem developed on a set of modular, interchangeable and adaptable tools. It makes blockchains powerful and simple to develop using Tendermint BFT and Cosmos SDK. Cosmos provides the advantage of the scalability of blockchain applications and scales it to millions of users using vertical and horizontal scalability solutions.

If you’re interested in building blockchain applications on Cosmos for your project, connect with us and leverage our blockchain development services. Schedule a call and start by discussing your requirements with us.