Which is the superior Distributed Ledger technology? 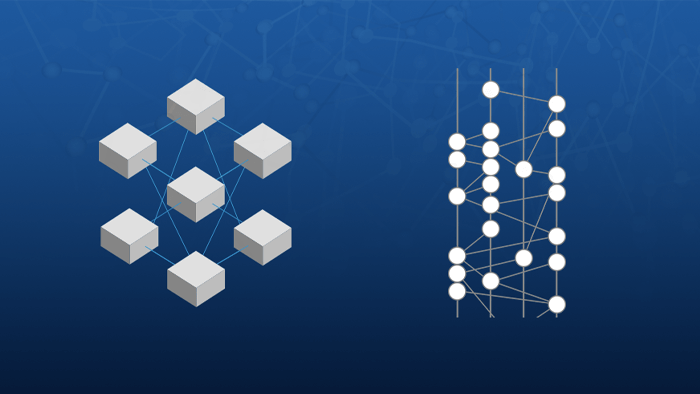 Bitcoin came into existence in 2008 and introduced a digital currency to the world, which was based on the blockchain. The technology introduced a new monetary network that utilized the distributed ledger system.

Relying solely on a peer-to-peer network, the distributed ledger technology (DLT) presents a better model which could help industries harness computing power like never before. As we move ahead of the client-server compute model, we have come closer to the new trust layer of the internet.

The transition is still limited due to the problems yet to be solved around scalability, efficiency and interoperability. Founded by Leemon Baird, the co-founder and CTO of Swirlds, Hashgraph has come as an alternative to the blockchain with its features like security, fairness, cost and speed.

This article is intended to understand the difference between the two different DLTs, i.e., Blockchain and Hashgraph.

We shall first discuss the following points:

What is Distributed Ledger Database?

A distributed ledger database is described as:

All the information on the distributed ledger (DL) is stored securely and is kept immutable using cryptographic techniques. While the centralized ledgers are prone to cyber-attacks, it is difficult to attack DLs because all the nodes will have to be attacked and manipulated simultaneously.

Blockchain is a first-generation Distributed Ledger Technology, working on a sequential data structure that forms a chain of blocks.

Each block contains a set of transactions.

An intermediary smart contract can hold the current active smart contract’s address with a function “delegate call,” which would redirect all the transactions and calls to the active version.
An alternative solution is to extract the previous contract information, add it to a new one and update the address you want your users to see.

What is Hedera Hashgraph?

Hedera Hashgraph is based on Distributed Ledger technology like blockchain. It works on a graph-like structure where all the nodes communicate their information to each other. Their communication is reported by building a graph of connections.

All the information or data is stored in events.

It relies on ‘Gossip about Gossip’ and ‘Virtual Voting’ mechanism to bring consensus to the network.

Hedera Consensus Service is available on the Hedera Mainnet. It allows developers to:

Hedera Consensus Service is really useful for applications that need

Once a client makes a transaction on the Hedera, they may seek acknowledgment that the transaction was added to a consensus state. For example, if you have to transfer Hbars to buy coffee, the coffee shop will require confirmation that they received the customer’s payment. Hedera Hashgraph offers the following confirmation mechanisms that anyone can choose from:

Hbar is designed to be fast, allowing micropayments and offering low network fees. Also, users on Hedera Hashgraph are rewarded with Hbars for contributing to the launch of the node on the network. Hbar cryptocurrency has a wide array of use cases, including Digital Content Monetization and Influencer Activity Monetization.

Since smart contracts are software programs, they can also face bugs, erratic behavior in certain conditions, and design flaws.
Smart contracts, once deployed, cannot be modified whether one has to fix a bug or add new functionality, so the only option is to deploy a new contract to replace the old one.

But Hedera Hashgraph presents an optional mechanism to enable “binding arbitration” for smart contracts. No doubt that the Hedera Smart Contract would be immutable, but it can be changed if several parties designed by the smart contract developer agree.
While deploying a smart contract on Hedera, developers can have a choice to choose the contract’s subsequent mutability.

Another way is to deploy a contract with a list of the public key of arbitrators. It would allow arbitrators to edit the contract’s code, add features, reverse particular transactions, and fix bugs. 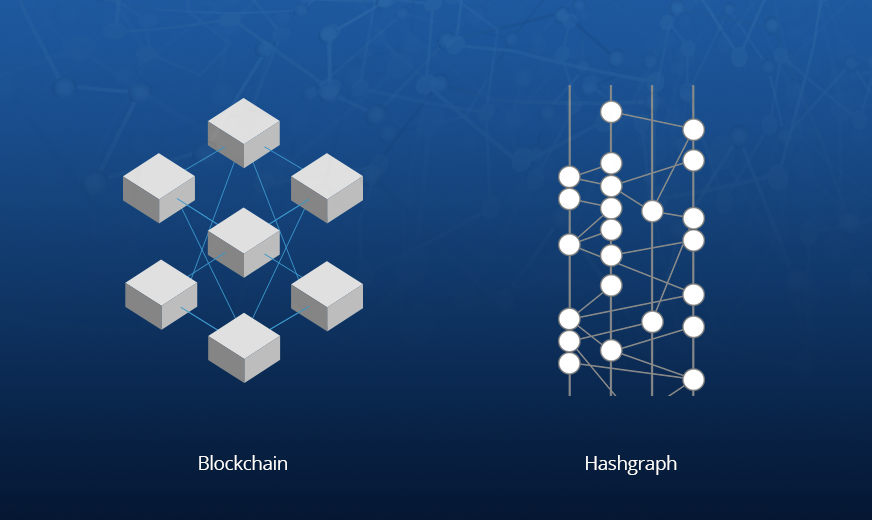 On the other hand, Hedera Hashgraph is also a distributed ledger technology that works on the above data structure and a better consensus mechanism that gives the benefits of blockchain without its limitations.

The Hedera Hashgraph algorithm does not require Proof of Work or Leader Based Systems. It can deliver low-cost and high performance without a single point of failure. Also, Hashgraph does not need high computation power and electrical supply.

Hedera Hashgraph allows hundreds of thousands of transactions per second, as the information travels exponentially.

Hashgraph is a promising technology, but it also comes with some limitations. Currently, the technology has only been deployed in private and permission-based networks. It is still to be tested and explored in a public network. In the Gossip about Gossip technique, when a node passes information to another node, there are chances that the closest nodes are malicious, which may prevent the passage of information to other nodes.

The technology behind the Hedera Hashgraph is exceptionally intriguing, but its real potential and effectiveness will only be known once it is released to the public and non-permission-based network.

At LeewayHertz, we have created a workforce that has been building distributed ledger applications for multiple industrial use-cases. 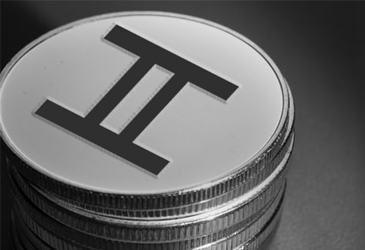 Hedera Token Service provides the ability to issue Hedera Hashgraph tokens on a distributed public network without comprising on performance.

END_OF_DOCUMENT_TOKEN_TO_BE_REPLACED 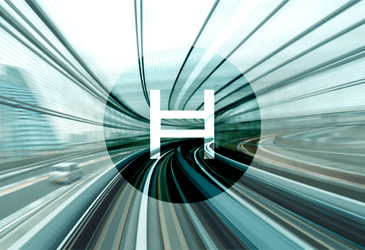 Everything about Hedera Hashgraph Cryptocurrency – HBAR

Read this article to know about Hedera Hashgraph Cryptocurrency. HBAR, the utility token to build dApps on the Hedera Platform.

END_OF_DOCUMENT_TOKEN_TO_BE_REPLACED 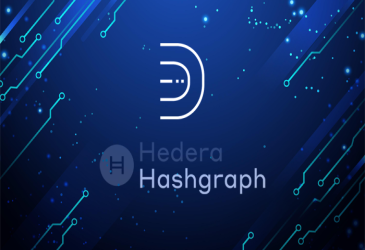 Read this article to know about the top 10 hedera hashgraph dapps which can transform the multiple business operations with Hedera’s Hashgraph benefits.